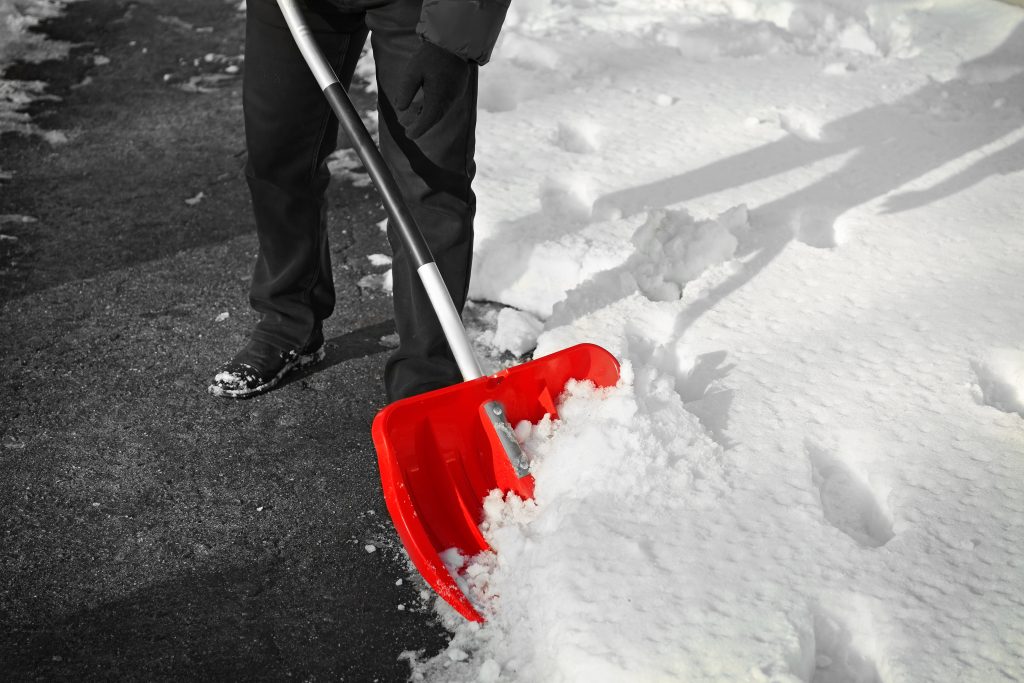 In this column, we highlight small and not-so-small acts of kindness that happen each and every single day.

For several years, an aging Holocaust survivor who lived across the street from the Young Israel of West Hempstead on Long Island would wake up early during the winter to shovel his driveway after an overnight snowfall. But when he looked out his window, he would see that the driveway was already shoveled.

He had no idea; he hadn’t even heard the shoveling being done. He had not asked a friend or neighbor to do it and had not arranged to pay a kid in the neighborhood to do it. The anonymous deed took the burden off the senior citizen.

This happened several times. One time his curiosity got the better of him. After a nighttime snowfall, he got up even earlier than usual, planning to pick up a shovel, then head out to the morning minyan at shul. He looked out the window and saw Rabbi Yehuda Kelemer, the longtime rav of the synagogue, shovel in hand, clearing the driveway.

A native of Miami and musmach of the Mir Yeshiva in Jerusalem, the rabbi, who died earlier this year at seventy-four, never told anyone about this quiet act of chesed he committed.

Among other things he did, related after his death: spending time at the homes of newcomers to the community to help them kasher the kitchen; walking miles to hospitals on Shabbat for a bikur cholim visit; bringing candy to the home of a child who had not received any in shul; answering congregants’ calls past midnight; welcoming disabled people and Yachad members into his shul. And so on.

He looked out the window and saw Rabbi Yehuda Kelemer, the longtime rav of the synagogue, shovel in hand, clearing the driveway.

Acts like this came to light when the Holocaust survivor who had witnessed Rabbi Kelemer’s good deed tactfully shared the story, respecting the rabbi’s desire for anonymity, and when people who had crossed the rabbi’s path during his thirty-eight years in West Hempstead praised him during his funeral and the week of shivah.

The survivor died before Rabbi Kelemer did, but the family was flooded with tales of quiet kindness, says his son Rabbi Berel Kelemer, who lives in Monsey, New York. “I have a ton of emails that people sent in during shivah and afterward [about] acts of kindness my father did for them.”

He says his father taught chesed by example—such as taking his children along to stop at the homes of widows to make Kiddush on the way home from shul on Friday night—as much as by formal teaching; he would tell his family inspirational stories and divrei Torah about chesed and rabbinic kindness, and share words of Mishnah that stress the importance of mitzvot that are bein adam lachaveiro.

“My Zeidy’s boundless determination and mesirus nefesh [spirit of self-sacrifice] was legendary, as he would go to any measure to uplift people’s souls and carry out his acts of kindness,” says Yaakov Ginsparg, one of Rabbi Kelemer’s grandsons.

Rabbi Kelemer never told his family about the shoveling, or about other actions like it, his son says. By the time the other members of the rabbi’s family got up each morning, Rabbi Kelemer had already left the house; they had no idea if he had walked straight to shul a few minutes away, or had stopped en route to do a mitzvah for a congregant.

“We never saw it,” Rabbi Berel Kelemer says. And he never heard about it from his father. “He never told me. My father wasn’t a talker.”

Rabbi Berel Kelemer says his extended family has followed in his father’s chesed-driven footsteps. Some probably do some shoveling, he says. But, like his father, he doesn’t boast or offer any details. “Members of my family do things like that.”

Nearly two decades after Yossi Heiman opened a fish store on 13th Avenue, which became a successful business in the heart of the borough’s heavily Chassidic Boro Park neighborhood, a Shabbat afternoon fire destroyed his business. The January 2019 fire, according to the New York City Fire Department, had broken out on the top floor of the three-story brick building.

All Heiman’s stock and equipment were gone. And six families who lived in apartments above Yossi’s Fish Market suddenly found themselves homeless.

It would be a long time before Heiman could rebuild. His financial outlook was clouded; with no store, he would have no income.

Then the local Jewish community stepped in.

After Havdalah that night, Heiman received a phone call from a businessman, a fellow Jew whose business was based a few blocks away, who said he had some spare space at his site. He invited Heiman to set up shop until the latter’s store could be rebuilt.

The call was from Shea Langsam, owner of a competing, decade-old fish store called “Fish to Dish.”

Yossi “said he needs a facility to process and deliver orders for his customers,” Langsam recalled later. “I said, ‘Why not join me in my store?’

“As fellow community members, we all try to help each other as much as we can,” Langsam explained.

Heiman accepted his erstwhile competitor’s offer, and the clouds parted.

His financial outlook was clouded; with no store, he would have no income. Then the local Jewish community stepped in.

In addition, Simcha Eichenstein, who represents the Boro Park district in the New York State Assembly, found short-term housing for the six families—five of them Hispanic—with the help of the American Red Cross.

Bottom line: One businessman, whose livelihood was threatened by the fire, and six families, who required new living quarters, found unwavering support from various representatives of the Orthodox Jewish community.

A month after the fire, with Heiman ensconced in Langsam’s Fish to Dish store, Eichenstein saluted Langsam’s generosity with an official proclamation. “While we are a community known for its chesed, the act of welcoming a direct competitor into your own storefront truly goes above and beyond,” said Assembly Member Eichenstein. “Fish to Dish set a new bar for what it means to be a neighbor and business owner in our community.”

Want your story to be featured? Send it to us at ja@ou.org!
We are seeking stories about small and not-so-small acts of kindness that uplift and inspire. We’d love to hear from you!
0 0 votes
Article Rating