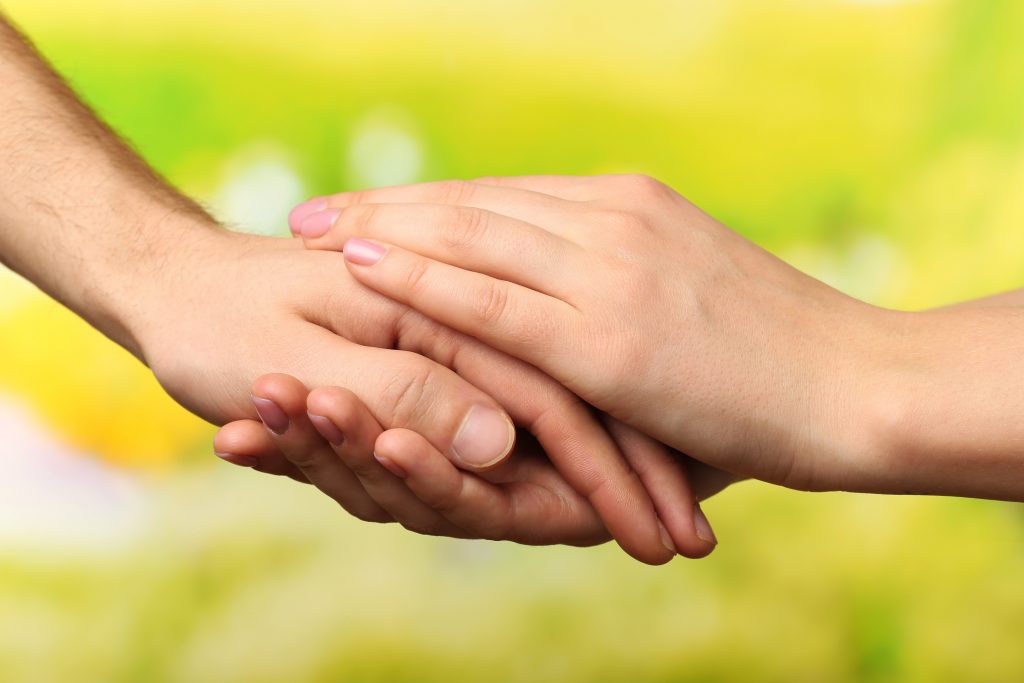 “Everyday Kindness” is a column where we highlight small and not-so-small acts of kindness that happen each and every single day. Small acts with a big impact. Do you have such a story to share? Send it to ja@ou.org under the subject line “Everyday Kindness” and it might appear in our next newsletter! (Reprints are acceptable.)

What better way to prepare for the Yamim Noraim, the days of awe and judgment, than by intensifying our own commitment to chesed—engaging in selfless acts of kindness?

He Never Lost His Compassion

My father, Rav Moshe Dovid Berkovits, alav hashalom, was an East European rav through and through, brought up living Torah and steeped in the yeshivah world of the tradition of the Chatam Sofer. He was a Holocaust survivor, who led a kehillah under three years of German occupation and lost his family in Auschwitz. Yet, he never lost his compassion for humanity. I well remember as a child how, during the Bi-afran War in Nigeria, he made an appeal to his kehillah to help the victims of the conflict (man-made as it was). To him it was natural, and instinctive, that help was required. His sense of humanity extended to all.

And he was not just na’eh doreish; He was also na’eh mekayem (he practiced what he preached). We had a plumber who had leased a house from the Church Commissioners. Owing to a minor failure to comply with the terms of the lease, they evicted him from the house (taking with them, for good measure, the tools of his trade). Overnight, he became a wreck of a man.

My father went to the Archbishop of Canterbury to ask him to use his influence to rectify a moral wrong and reinstate the man in his house. I well remember my father’s reaction when he came home in shock and disbelief. “Is this a man of the cloth?” he said, “the leader of a religion? The Archbishop said to me: ‘My dear rabbi, you are perfectly right; but the Church and the Church Commissioners have nothing to do with one another. The Church deals with matters spiritual; the Church Commissioners, with finance and investments.’”

And so, my father, the rav, took into his house the Christian plumber, who had been abandoned by his church. For weeks on end he lived with us; my father sat with him for hours, listening to him and encouraging him; and every morning (to avoid kashrut problems), my father personally prepared his breakfast for him.

Rabbi Berel Berkovits, z”l, was a dayan of Great Britain’s Federation of Synagogues. This story is excerpted from an article that appeared in the Summer 2005 issue of Jewish Action entitled, “Questions, Answers and Silence: Reflections on the Tsunami.”

A single mom to seventeen-year-old Ari*, Rivka* lived on the top floor of a brick house in the Bensonhurst section of Brooklyn. The bottom floor was occupied by her parents, both of whom were Holocaust survivors. Rivka spent her days caring for her elderly parents, quiet people who kept mostly to themselves. Ari, a tall boy with a hearty laugh, attended a local yeshivah.

One night, Rivka father Menachem* suffered a heart attack and was rushed to a nearby hospital. An only child, Rivka spent the next few days at her father’s side, feeding and caring for him, while her mom was home nursing a broken ankle. Unfortunately, Menachem developed a life-threatening infection, and he was transferred to the ICU. His condition deteriorated, and death was imminent. Rivka became hysterical. At her father’s bedside with her distraught mother on crutches, she called her son’s high school rebbi to inform him of the situation. The rebbi sent Ari over in a taxi to support his mom. Menachem’s blood pressure dropped lower and lower, and early the next morning he passed away.

Rivka’s grief was exacerbated by a nagging thought: would there even be a minyan of men at the levayah to recite Kaddish? Most of her parents’ friends had already passed on. And in any case, her parents didn’t have a wide circle of friends. Whom would they invite to the levayah? Who would accompany her precious father to his final resting place? Rivka was deeply distressed. Hadn’t her father, a Holocaust survivor, suffered enough? Didn’t he deserve more? She hastily made funeral arrangements, and updated her son’s rebbi. The night before the funeral, Rivka and her mother stayed up late, and together they came up with a short list of people they hoped would attend.

The morning of the levayah, as a handful of elderly men and women trickled into the Brooklyn funeral home, a large white van and two minivans pulled into the parking lot. The doors flew open and dozens of teenage boys—Ari’s classmates and schoolmates—came piling out, along with a few of their rebbeim. A ski trip had been planned that day for the entire yeshivah—the students had earned it for winning a Gemara contest—but Ari’s friends were not going. They all agreed to forgo the trip to attend Ari’s grandfather’s levayah.

Menachem had a beautiful levayah—with way more than a minyan.