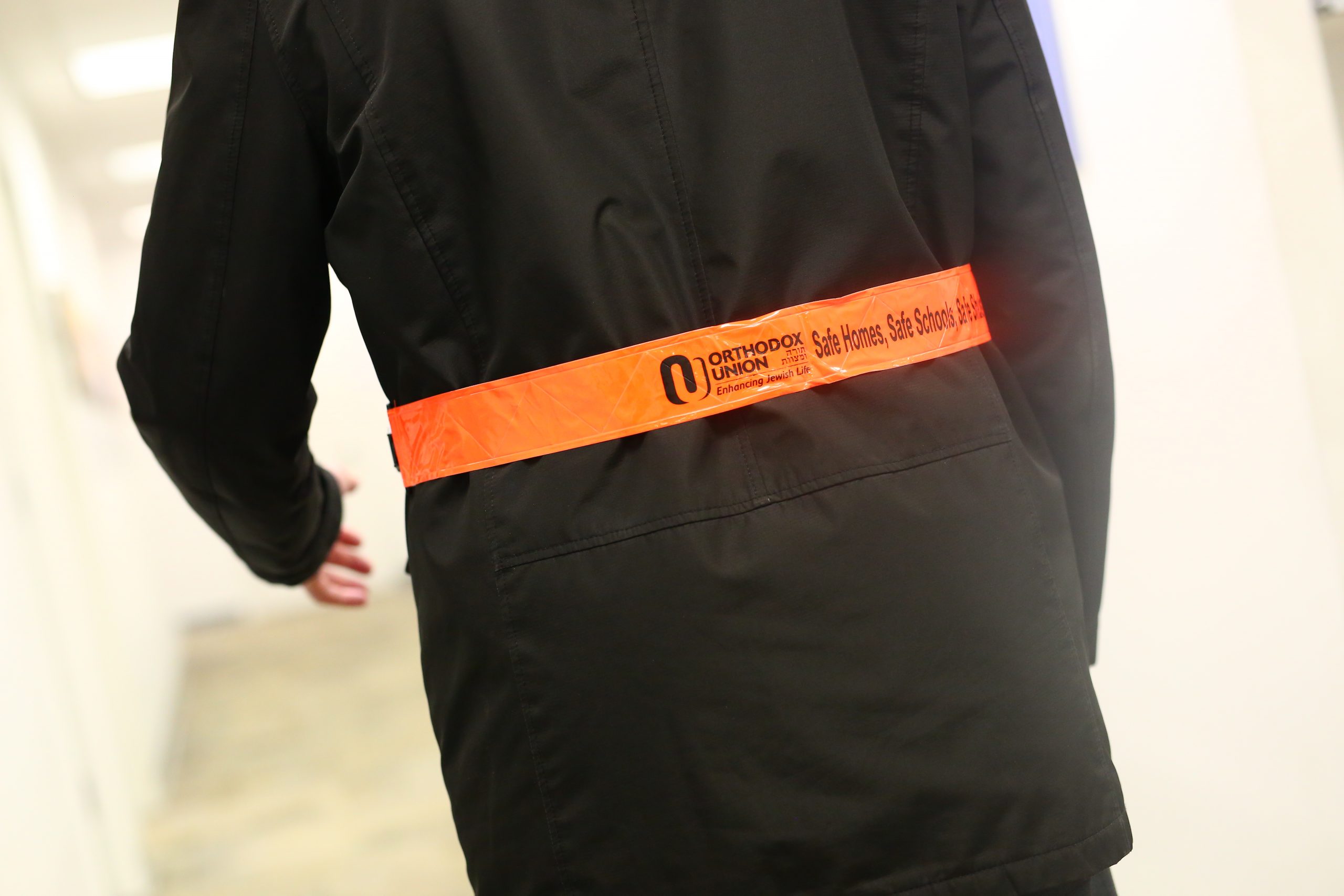 The yamim tovim season means hundreds of people walking home from shul at night several times a week. Most will be dressed in dark clothing, making them nearly invisible to drivers and posing great risk of serious injury. The best way to combat this danger? A reflective belt.

In 2019, the OU launched a safety initiative to provide reflective belts free of charge to all shuls in the OU synagogue network. Three years later, the program is still going strong—since 2019, over 31,000 belts have been distributed to 300 shuls throughout North America.

The program is sponsored by Drs. Evelyn and Larry Kraut of Fair Lawn, New Jersey, as an expression of hakarat hatov to Hakadosh Baruch Hu for Larry’s recovery from a serious motor vehicle accident as a pedestrian. While walking home from shul on a Friday night in 2018, in spite of having the right of way, he was hit by an SUV. His injuries were severe and he required spinal surgery.

“The concern for safety when walking home at night is not academic but rather pragmatic,” said Larry. “We pray that, G-d forbid, no one should go through such a terrible experience and toward that end, wearing reflective gear—like these reusable belts—will significantly reduce and hopefully prevent such occurrences. Evelyn and I are thankful and consider it a great zechut to sponsor this important safety program.”

Rebbetzin Judi Steinig, Senior Director of the OU’s Department of Community Projects & Partnerships, noted that, “the OU is privileged to be part of such an important safety drive. We appreciate the generosity of the Krauts in enabling the OU to provide the reflector belts to synagogues. We urge everyone to wear the OU reflector belt when walking at night, especially during the winter months.”

Become part of this lifesaving initiative. Order reflective belts for your shul today at ou.org/community/ou-shul-reflectorbelts/.