With some 20,000 bursts of Talmudic wisdom over the past seven years, @TweetTheDaf has become one of most popular Daf-focused Twitter accounts. 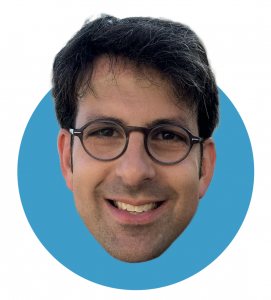 When he began his second round of learning Daf Yomi in the summer of 2012, Ben-Zion Radinsky decided he was going to do it differently this time. Besides keeping up with the learning itself, he was going to hold himself more accountable and review the material more often. And he would finally begin recording all of the fascinating nuggets from the Gemara he saw so many others whiz past.

But the Woodmere, New York, resident realized he would need a system with which to tackle these goals. Soon enough he came upon a modern-day solution: Twitter.

Through publicly telegraphing his daily learning and observations from the Daf on the relatively new and rapidly growing social media platform, Radinsky would be able to keep his learning on track while also sharing insights with other Daf enthusiasts. Thus began the @TweetTheDaf account.

At the time, Twitter limited tweets to 140 characters, which Radinsky found “brilliant” in that it required him to be very clear in his thinking. “It forced me to make an idea crystal clear in my mind. I had to distill it into its simplest parts.” Even though the now-giant social media company doubled the character count two years ago—“diluting the brilliance” of the original constraints in Radinsky’s view—he still tries to adhere to the original limit.

Aside from helping him capture his learning in bite-size thoughts, he also found Twitter to be a great place to share interesting points of Jewish culture that typical commentaries might not pick up on. There are clever ideas that appear throughout Shas that go unnoted and provide tremendous flavor and depth to the experience of learning, Radinsky says, such as comments that relate to the sources of common customs, testimonies of the Sages’ political interactions and even rabbinic puns. “Gemara is much, much broader than just a book of lomdut or halachah. It’s also really a monumental book of Jewish culture,” he says.

Radinsky’s tweets—numbering some 20,000 to date—are, not surprisingly, wide ranging, focusing at times on philosophy, history, archaeology, ethical teachings (Rebbe: a person should love rebuke. As rebuke brings goodness [Tamid 28]) and general observations of the Talmudic sages (Sailors are generally God-fearing [Niddah 13]). On occasion Radinsky addresses common cultural questions or myths concerning Judaism and Torah literature. For example, a tweet explaining the source of the notion that Adam and Eve sinned with an apple (the Talmudic Sages believed it was a different fruit) reads as follows:

What fruit did Adam sin with? Grape; Wheat; Fig. [Sanhedrin 70] (Source for apple is pun: Latin for evil is mali and apple is malum).

At first, Radinsky, who works in finance, viewed himself as an editor, reviewing and posting submissions from other Twitter users on each day’s daf. But after a few weeks, the submissions started to slow down, the pace of Daf Yomi becoming too difficult for even the most avid of the account’s followers.

“At that point, I said, ‘I’m loving it myself,’” Radinsky recalls. He found he was reading through the Gemara multiple times to find relevant material to post, his microblogging ensuring that he was learning the Gemara in a timely manner. The expectations from the readership forced him to do the Daf well and consistently, finally making him feel accountable for what he was learning.

His goal was never to present any ideas of his own, but to tweet material directly from either the Gemara or its commentaries. Each day he would begin by tweeting between three and seven of what appeared to him as the Daf’s most salient points:

By now, he has tweeted almost every daf in Shas.

What types of clothes require tzitzit? Can tzitzit strings be transferred from one garment to another? How many strings are required when making tzitzit? [Menachot 41].

He would also include memorable lines from the Sages’ conversations with one another, counterintuitive points and insights he noticed:

Yehuda teaches [an] important tolerance lesson. Be strict with your own behavior, and be lenient with what other people do [Berachot 22].

Kohen would place lechem hapanim on silver table then gold table because we only ascend in matters of holiness [Menachot 99]. 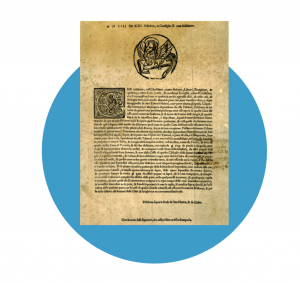 @TweetTheDaf uses the image above as its avatar. The image is that of the Edict Ordering the Confiscation and Burning of the Talmud in Venice, 1553. Courtesy of the Library of the Jewish Theological Seminary

Today, @TweetTheDaf has more than 2,500 followers, including rabbis and academics from across denominations, and stands as one of social media’s longest-running and most popular Daf-focused Twitter accounts.

While a handful of others on social media have been posting about Daf Yomi since the beginning of the current cycle, @TweetTheDaf has been one of the most active accounts dedicated solely to commenting on the learning. Radinsky still receives dozens of comments each month from other Twitter users, sometimes echoing his thoughts, other times disagreeing with his reading of a passage from the Gemara or its commentaries.

In organizing his tweets with consistency, Radinsky has also found a hobby in becoming something of a taxonomist of the Talmud, cataloging his Jewish cultural observations, such as various rabbinic jokes or all the instances in which halachah or other important points are derived from gematria. He hopes he might turn these collected lists into a book one day.

By now, he has tweeted almost every daf in Shas. In the coming Daf Yomi cycle, he still needs to decide whether he will post fresh material or re-post his previous tweets. He also has his eye on other projects, such as tweeting all of Mishnah, since many of the mishnayot do not appear in the Gemara.

Although he acknowledges the limits of Twitter—it’s impossible to capture the intricacies of more complicated Talmudic passages—Radinsky also reflects on how the project has given him an empowering insight: Conquering the corpus of Gemara, even if sometimes only on a surface level, is actually within reach. Looking back on thousands of succinct takeaways he has tweeted over the years, he realizes that really knowing the raw material of the entire Shas may be easier than he had originally thought.

SIDEBAR: Digital Resources Every Daf Learner Should Know About

The Dafyomi Advancement Forum (dafyomi.co.il): Founded and run by a noted talmid chacham, Rabbi Mordecai Kornfeld, the Forum is one of the longest-running comprehensive Torah resources on the Internet. Behind it lies the intensive efforts of an entire Jersualem-based kollel that studies each day’s daf in-depth while also composing material for the site. About a dozen different resources are offered on every single gemara—mostly in English—including point-by-point outlines, review questions and answers, quizzes and an archive of replies to questions the kollel fields from around the world.

The Daf Yomi Portal (daf-yomi.com): An all-Hebrew aggregator, the portal is geared toward those looking for advanced-level material. This includes digests summarizing the major commentaries on each daf, essays and newsletters by contemporary rabbis and dynamic forums of discussions on the Daf. For those comfortable in Hebrew, the site is a great portal for enrichment.

Daf Notes (dafdigest.org) and Daf Yomi Digest (dafnotes.com): These sites feature newsletters on every single daf, including summaries, insights and inspirational stories. Daf Notes is often several pages long and aims to explain the entire daf, whereas Daf Yomi Digest presents a more condensed outline and is typically two pages long. Written with the beginner in mind, both are designed for easy printing and reading.

Daf Hashovua or Daf-A-Week (dafaweek.org and mobile app): Begun two Daf Yomi cycles ago, the Daf Hashovua program has taken off, with shiurim currently in about forty different communities around the world. Designed to allow participants to learn each daf at a more deliberate pace, participants pride themselves on gaining a clear understanding of their learning. The site offers review questions and answers and a planner for reviewing each daf multiple times.

Daf Hachaim (dafhachaim.org and mobile app): One of the most innovative Daf resources, Daf Hachaim features a full-length video shiur with sleek charts and illustrations to explain each Gemara. It also includes a short introductory presentation to each daf, as well as a review. Both can be quite helpful—you can see the presenter of the Daf alongside the highlighted line in the Gemara he is discussing. The mobile app is highly developed and offers similar functionality. Illustrations are available for download.

All Daf (AllDaf.com and mobile app): The OU’s newest Daf Yomi platform promises to transform the way Daf Yomi is studied (for details, see pages 34-37 in this issue).

More in this Cover Story:

Behind the Daf: Discussing Daf Yomi With Some of the Most Distinguished Maggidei Shiur, interviews by Dovid Bashevkin and Sholom Licht

Up Close with Dr. Henry Abramson, interview by Sholom Licht

In Their Own Words—How Daf Yomi has Changed Lives

Printing the Shas: Commemorating the 500th Anniversary of the Printing of the Bomberg Talmud by Michelle Chesner