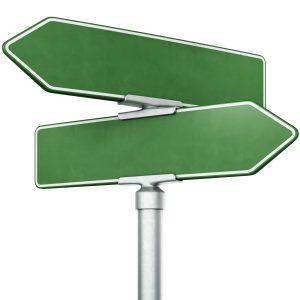 I was injured in a terrorist attack in 2001. Since then, I have been paralyzed from the waist down and confined to a wheelchair. It is important for my health to spend time standing every day. So I do my “standing time” every day while listening to the Daf Yomi. This is my second cycle—the first cycle I studied the Daf with Rabbi Moshe Elefant and most recently, I learned with Rabbi Shalom Rosner [both are maggidei shiur for the OU’s Daf Yomi Initiative at alldaf.org]. Most people probably learn the Daf while sitting down. Forced to sit in a wheelchair all day, I am grateful to be able to do the Daf while standing!

My husband and I learn the Daf. I listen to Rabbi Shalom Rosner’s daily podcast and then review the Daf later in the day and my husband has his own seder. Our children are growing up seeing us, a Daf Yomi couple, set aside time to learn.

I began the Daf seven years ago and have found it’s a magnificent window into the halachic framework that informs our lives. Going through the Daf cycle makes Torah a constant in my life.

I first studied Gemara at Ramaz. Later, when I was in seminary, I heard about a Siyum HaShas made by the daughter of Rav Soloveitchik. That made a deep impression on me. Twenty-two years ago, when I was nine months pregnant with my youngest daughter, I began learning the Daf.

[In addition to learning Gemara], the Daf has also improved my knowledge of Tanach and has given structure to my daily learning of other subjects.  For example, I started AMIT’s Tanach Yomi program in 2000. When the program was discontinued in 2002, I followed the format on my own, learning approximately four pesukim a day with meforshim. In June 2017, almost seventeen years later, I completed Nach.

Lisa Zahn Lazar, as told to Leah Lightman
Lawrence, New York
Lisa is a participant of the Daf Yomi shiur on the Long Island Rail Road 7:49 am train from Far Rockaway to Penn Station.

Learning Daf Yomi connects me to so many people in Klal Yisrael. Knowing that I can travel to nearly any [frum] community, and join a shiur, and we are all up to the same daf—within a few lines of each other—is an incredible phenomenon.

As a civil engineer, I travel extensively. There were times I was flying 35,000 miles per year—roughly a flight a week. Planes are hands down the best mode of transportation for serious learning because you can’t get calls or e-mails in-flight, so distractions are minimal. I take a lightweight volume of the masechta I’m learning and listen to any number of shiurim. Twenty years ago, I would never have been able to keep up with the Daf the way I do now. The technology did not exist. Nowadays, doing the “the Daf on the go” is fairly easy. If you can find a shiur with the right depth and at the right pace for you, you can listen from any place, at any time. Some web sites will display the Daf while streaming so you don’t even need a physical Gemara.

As anyone who studies Daf Yomi knows, you can’t afford to fall behind. It doesn’t matter whether I’m on an Amtrak, in a car or at 30,000 feet in the air, the Daf is always there in the background, on my mind. Over the past seven and a half years, I think I’ve done the Daf in at least twenty-five states and in places where the closest Orthodox Jew was 500 miles away. Quite possibly, I could be setting some kind of record, having done the Daf in places no one else has ever done it—like Jamestown, North Dakota, and Kingman, Arizona, on the edge of the Mojave Desert.

Thirty years ago, when my husband, Alan, announced he wanted to do the Daf, I said, “Sure.” I could not imagine he would drag himself out of bed and be out the door no later than 6:00 am. I thought he’d last a week.

Alan has been committed to the Daf for more than thirty years, and he’s still going strong. His Gemara is the first thing he packs wherever we go; he never leaves home without it. I am a proud Daf Yomi wife. 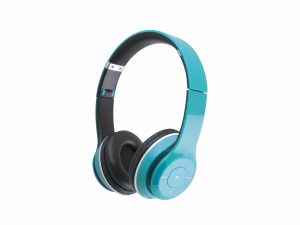 As a CPA, I end up sitting at a desk most of the workday. Learning Shas works well with my schedule. Instead of listening to music like many people do, I play the OU Daf Yomi Shas audio in the background instead. I was able to finish Shas in approximately three years while I worked. The busier I got, the more Shas I learned.

I am a ba’al teshuvah from a long line of rabbis. Unfortunately, my great-grandfather, who was a melammed, died in 1892 at the age of thirty-five. My grandfather was two-and-a-half years old at the time, and without his father’s guidance he strayed from the path of Torah. I completed Shas on my grandfather’s yahrtzeit. I considered my siyum to be a sort of tikkun for him.

Gemara has been present throughout my life, starting in sixth grade at Westchester Day School, and then at Ramaz. While at Barnard, I attended a weekly Gemara shiur given by the then campus rabbi, Rabbi Charles Scheer. When my youngest child went off to school, I traveled weekly into Manhattan to attend Rabbi Haskel Lookstein’s Gemara shiur.

I committed to learning the Daf after I attended the last siyum. I thought about the commitment and decided, “Running a marathon is not for me. But I can do the Daf.”

More than seven years have passed since I started attending the Daf Yomi shiur at the Young Israel of Great Neck in New York. For the most part, I am the only woman participant. I sit at a separate table and all the participants are careful to make sure I have a clear view of Rabbi Eric Goldstein, the maggid shiur. Learning the Daf is not a passive experience for me. I ask questions and Rabbi Goldstein and the other men are very respectful.

Sometimes when learning, a light bulb goes on in my head and I say to myself, “Wow—this is where the mitzvah comes from.” I then perform the mitzvah with greater care because I understand its source.

I do the Daf while driving. I have learned an incredible amount [of Torah], make good use of my driving time and can honestly respond in the affirmative when asked, “Did you set aside time for learning Torah?” Of course, one of the biggest advantages of doing the Daf while driving is that I can’t fall asleep!

My husband started learning the Daf fifteen years ago, around the time my second son was born. He will be finishing his second cycle this January. Once he makes a decision to commit to something, he’s totally committed. So I knew when he started that he would stick with it.

Daf Yomi has always been a part of our children’s lives—they see their father running to shiur or reviewing the Daf in the house. A Gemara is always with him—whether he’s on the way to work or on a family vacation. At times my children go to the Daf Yomi shiur with their father or attend one of the siyumim. It’s a part of our everyday lives.

In my view, our family does not sacrifice in order for my husband to learn Daf Yomi. Rather, it’s a way of life, a Torah-committed life. 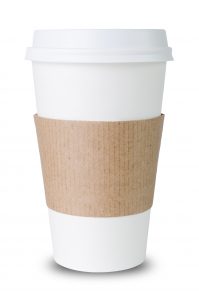 My husband is out the door with a coffee cup in hand by 5:50 am to give the Daf Yomi shiur, so it’s up to me to get the kids ready. With four children under the age of eight, things are always hectic as the day gets underway. It would be very helpful to have another adult present, especially during the inevitable meltdowns and last-minute homework.

I try to keep the bigger picture and higher purpose in mind, especially knowing that when he returns home in time to take the kids to school, he is totally “in the zone” and right to work, keeping the energy upbeat and positive. He is on a Daf Yomi “high,” and we all benefit. Our children see and experience the consistency on a daily basis and are growing up with the primacy of Torah learning as a core value.

I listen to Rabbi Moshe Elefant’s Daf Yomi shiur online and have reached out to him many times with questions. When I used to visit the New York area, I would try to catch a shiur “live” at the OU headquarters in downtown Manhattan [Rabbi Elefant’s shiur is occasionally recorded from OU headquarters]. It’s amazing that this Daf Yomi shiur, given to a relatively small audience at the OU office, has hundreds of talmidim listening all over the world.

It was a bit emotional for me [during the previous Daf Yomi cycle] as I listened to Rabbi Elefant deliver the shiur on the last daf in Shas. He was speaking to thousands of virtual talmidim—most of whom he has never met, yet all of us traveled with him on this seven-year journey through Torah Shebe’al Peh. 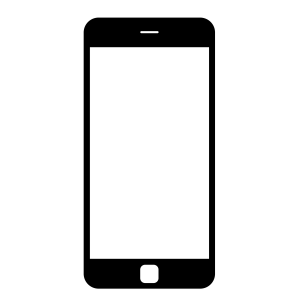 If you go to a regular Gemara shiur, or even learn with a chavrusa a few times a week, you will only cover so much ground. About fifteen years ago, at the suggestion of one of my children, I decided to invest in an iPod that contained all of Shas. I take the iPod and a small Gemara with me and learn during my daily commute on the subway. I completed Shas twice in this manner.

More in this Cover Story:

Behind the Daf: Discussing Daf Yomi With Some of the Most Distinguished Maggidei Shiur, interviews by Dovid Bashevkin and Sholom Licht

Up Close with Dr. Henry Abramson, interview by Sholom Licht

Tweeting the Talmud by Binyamin Ehrenkranz

Printing the Shas: Commemorating the 500th Anniversary of the Printing of the Bomberg Talmud by Michelle Chesner

0 0 vote
Article Rating
This article was featured in the Winter 2019 issue of Jewish Action.