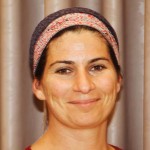 Yael and her family’s true home was in Ganei Tal in Gush Katif.

I was twenty-five at the time of the expulsion, married with a two-year-old son and near the end of another pregnancy.

I was a medical student at Hebrew University and my husband was studying in yeshivah. Although we lived during the week in a student apartment in Jerusalem, our home was in Ganei Tal in Gush Katif. We had gotten married in Gush Katif, on the seashore, at sunset. The brit milah of our son had been in Ganei Tal and that was where we spent every moment we weren’t in school. In the days leading up to and during the expulsion, we were in Ganei Tal, together with my family and the other members of the moshav.

The announcement about the impending destruction of Gush Katif and the abandoning of this magnificent region to Israel’s enemies was impossible to fathom. It was simply impossible to believe that the government of Israel really intended to expel me from the only home I had ever known, a place that the State itself had created due to its strategic importance.

Only late at night
Do I sometimes cry
Even though I have almost
Everything I need
Because nobody understands
How hard it is to fall asleep
Without the sound of the waves.

As a woman who believes in God, I know that “My thoughts are not your thoughts and your way is not My way” (Isaiah 55:8). When we heard about the expulsion, we knew we had to carry out the struggle against the order in the public sphere, politically and, of course, through prayer. But the final decision is in the Hands of God. And we would accept the decree because of our understanding that whatever God does, He does for the best.

Like all the members of the moshav, my parents had an agricultural farm and, in addition, my mother was a lab technician who worked for Kupat Cholim. As an employee of the local municipality, she lost her job with the expulsion. 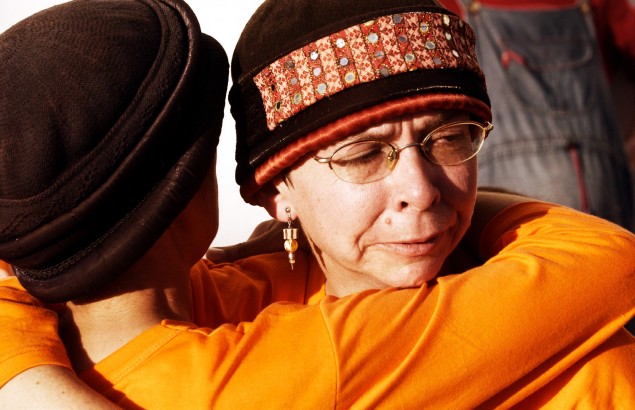 We were fortunate to be part of a family in which everyone shared in the decision to not facilitate the expulsion from our home in any way. We tried, through every legitimate legal way, to nullify the decree. When the soldiers came into our home, they found it fully furnished and filled with life; two days earlier, my father had mowed the lawn. This attitude united the family and enabled us to get through the terrible devastation together, embracing each other.

[In our home in the Gush,] my room was painted
orange
My sister had painted hers
red
My mother had painted the kitchen purple
Now it is all mixed together
upon the sand.

The churban actually began for us three weeks earlier, when my aunt and her husband, Rachela and Dov Kol, may their deaths be avenged, spent a Shabbat with us. On Motzaei Shabbat, while they were driving home to Jerusalem, terrorists shot at their car and killed them. It was the night of the Seventeenth of Tammuz, and the pain was overwhelming. Tragically, throughout our years of living in the Gush, we had lost friends in terror attacks, people who had died in order to enable us to continue to live here. But with the death of Rachela and Dov, the frustration was overwhelming, because we knew that they were murdered on this holy land, but in another month there might not even be Jews living here! Within the thirty-day mourning period, the day of the expulsion arrived. The idea that the terrorists who murdered our loved ones would soon receive this piece of Eretz Yisrael, drenched in the blood of Rachela and Dov, was unbearable, a feeling of total surrender to terror and evil.

It was simply impossible to believe that the government of Israel really intended to expel me from the only home I had ever known, a place that the State itself had created due to its strategic importance.

Two months after the expulsion, I gave birth to my daughter and we called her “Tal” to commemorate the spirit of our home that was destroyed.

During the expulsion and afterward, I wrote poems and stories that described the situation from different perspectives. Some of them were published in newspapers, like the story “There Are No Orange Toilet Tanks” that deals with the difficulty of building a new home.

Two years after the expulsion, I wrote a book of poetry called Orange Boy that describes the period [of the disengagement] through short poems from the perspective of the children of Gush Katif. At the present time, a playwright is writing a play based on my writings that, please God, will be performed during the tenth anniversary of the expulsion. The play, A Time to Plant, deals with the rehabilitation after the expulsion and the terrible conflict most evacuees experience between the desire to settle in a new place and the dream and the desire to return home.

Today my family and I live in the rebuilt moshav Ganei Tal in the Nahal Sorek region. It is called by the same name as the original community so we will never forget where we came from. Every year on the day of the expulsion we drive to a lookout place in the direction of Gush Katif and we declare that we will return. If we will not be privileged to return, then, God willing, our children or our grandchildren will once again build their homes there.

It was simply impossible to believe that the government of Israel really intended to expel me from the only home I had ever known, a place that the State itself had created due to its strategic importance.