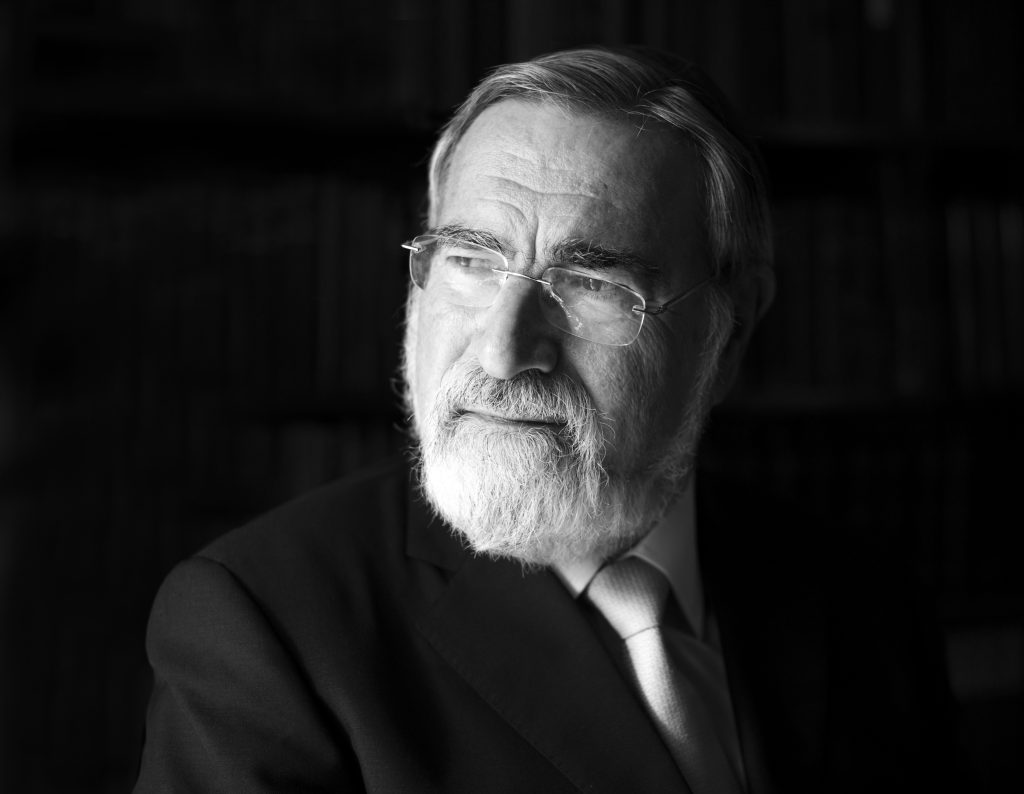 Courtesy of the Office of Rabbi Sacks/Blake Ezra Photography

It settled over me as an aftershock, following Rabbi Jonathan Sacks’ passing. Suddenly, thirty years peeled away, and my failure back then took on an entirely different hue.

In 1990, Rabbi Sacks invited me to join him in London. As he was to ascend to the chief rabbinate, I was to edit his journal of Jewish thought, L’eylah, teach at Jews’ College and take over his Shabbat position at Marble Arch Synagogue. In the end I opted to remain in the United States, but not because of my failure at Marble Arch.

I delivered an emotional sermon very much out of my soul, unaware of the intellectual orientation that the congregants had become accustomed to from Rabbi Sacks.

Some years earlier, while living in Jerusalem, my wife and I had undergone a health crisis with one of our children. With both medical and spiritual advice, the Amshinover Rebbe helped us through it. It was our only contact with the rebbe, but when he died, I felt a deep sense of loss.

I wondered, who would replace this wise, gentle and holy counselor?

Shortly thereafter, I had the opportunity to pose this question to the Gerrer Rebbe. He answered: “No one will replace the Amshinover Rebbe.” By implication, he was saying that no one replaces anyone, contrary to the popular saying that no one is irreplaceable. “Rather,” continued the Gerrer Rebbe, “someone else, with different but powerful strengths, will arise in his stead.”

This story was the main point of the sermon I delivered at Marble Arch that Shabbat morning. Wrong tone, wrong place.

Rabbi Sacks grew into his role, expanded his role, diversified his role, surpassing all expectations, which already were high.

But now, thirty years later, I recall how the late Lord Immanuel Jakobovits towered over British Jewry. He was very much the dominant figure—a scholar, an exemplar of dignity, a confidant of the prime minister, and the founder of the field of Jewish medical ethics. Rabbi Sacks, on the other hand, was just beginning his career as chief rabbi and, in fact, had asked Rabbi Jakobovits to stay on an additional year because he, Rabbi Sacks, was not quite ready.

Now I realize how right I was at Marble Arch. For the occasion then, my message was flat, but in retrospect it looms eerily as prophetic, albeit unintentionally so. Someone else, with different but powerful strengths, arose in Rabbi Jakobovits’ stead. Rabbi Sacks arose to etch a different path as the worthy successor of Rabbi Jakobovits, whom Rabbi Sacks greatly admired.

Rabbi Sacks grew into his role, expanded his role, diversified his role, surpassing all expectations, which already were high.

Who might the next Rabbi Jonathan Sacks be? That, said the Gerrer Rebbe, is an impossibility. Rabbi Sacks was unique. He will not be replaced. Yet, we are consoled not only by his shining memory but by knowing that someone else with powerful but different strengths will arise.

Rabbi Dr. Hillel Goldberg is the editor of the Intermountain Jewish News and a contributing editor of Jewish Action.

“Elaine and I” by Rabbi Gideon Black

3.7 3 votes
Article Rating
This article was featured in the Spring 2021 issue of Jewish Action.