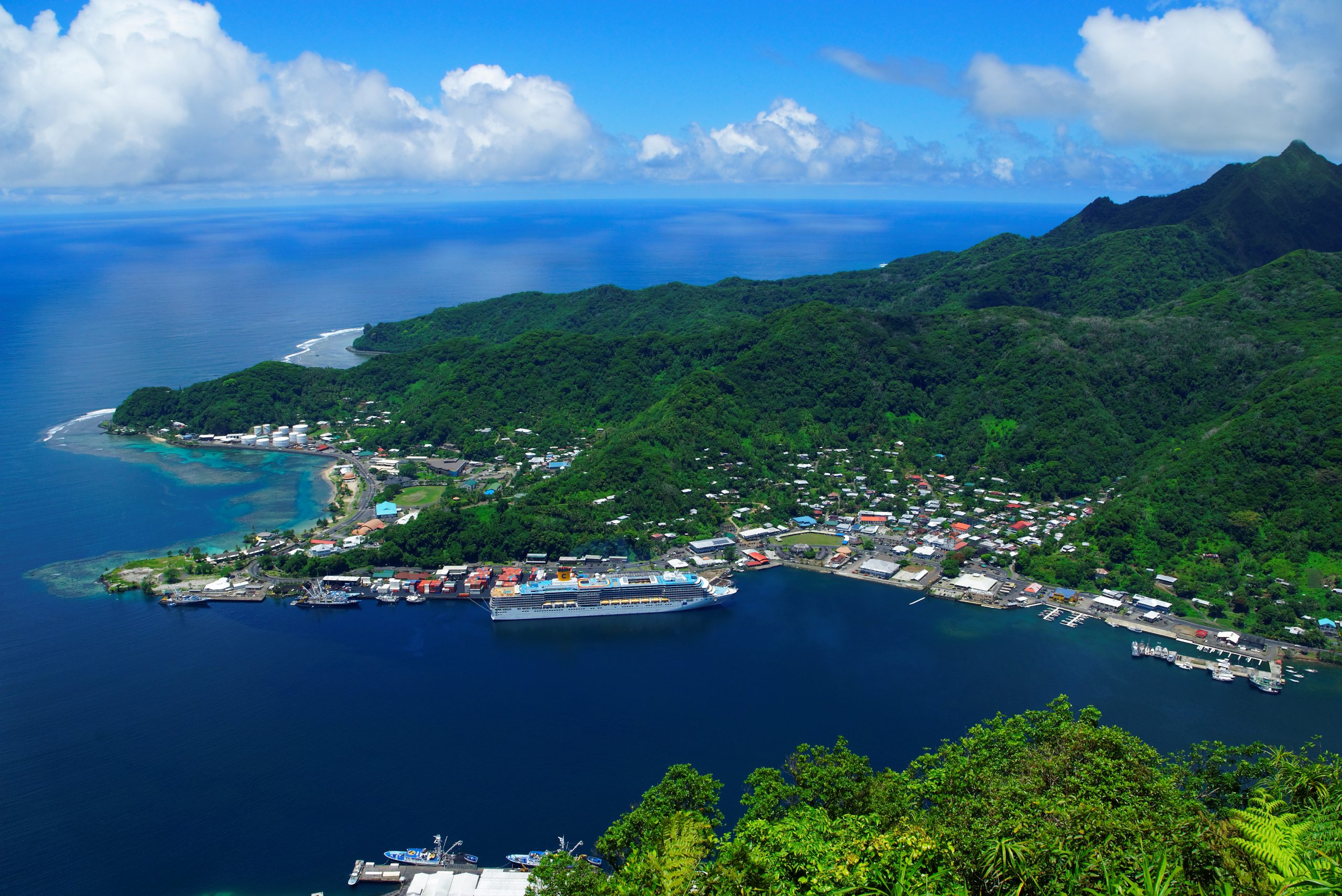 Located halfway between Honolulu and Sydney, American Samoa, a far-flung collection of islands in the South Pacific, took a strict stance toward the Covid virus from the beginning. On March 18, 2020, recalling how the island territory beat the pandemic of 1918 by establishing a year-long quarantine, the governor declared a public health emergency across the entire territory. While this decisive act proved to be effective at keeping the virus at bay (as of this writing, there has been only a handful of confirmed cases in American Samoa), it posed somewhat of a challenge for Rabbi Reuven Nathanson, director of OU Kosher’s West Coast Kashruth Division, who was visiting the islands to conduct a quarterly inspection of the StarKist Cannery in Pago Pago, the capital.

For the Los Angeles-based Rabbi Nathanson, who has been working with OU Kosher for more than three decades, American Samoa was only the first stop in a jam-packed itinerary that included inspecting the tuna cannery, and then passing through Western Samoa, some 100 miles away, en route to oversee the wine grape harvest at wineries in New Zealand and Australia (the grape harvest generally takes place between January and March in the Southern Hemisphere).

Once he disembarked in American Samoa, however, airport staff had passengers fill out a contact tracing form and began vigorously checking temperatures. Rabbi Nathanson was taken aback. “It was early on in the pandemic so no one really knew what was happening,” he says. They then asked him: “Where in American Samoa will you be staying for the next five days?” “Five days?” he asked, startled. He told them he planned on inspecting a plant in the morning and leaving in the afternoon for a twenty-minute flight to Western Samoa.

Since there are no direct flights to New Zealand from American Samoa, Rabbi Nathanson flies to Auckland via Western Samoa at least once or twice a year for OU Kosher. But this time, it was looking less and less likely that he would be able to make it to Auckland. The airport staff was adamant. “There are new regulations. You have to take a Covid test and await the results.” Results in the early days of the pandemic took five days. But even taking the Covid test wasn’t a simple matter—he could not get the test without a Samoan insurance card, which he didn’t have. “Can I pay for the test?” he asked. “No,” they said. He decided to visit the Western Samoa Consulate and explain his situation; they wouldn’t let him inside the building due to Covid-19, but they managed to convey their sentiments: “Get the test or don’t bother going.” Then they added: “In Western Samoa, they might even insist on a fourteen-day quarantine.”

Despite the fact that he was halfway toward his destination—New Zealand—Rabbi Nathanson realized he would have to fly back to Honolulu (a five-hour flight), then back to LA (another five-hour flight) and catch a flight to Auckland from there. He arrived in LA on a Friday and was scheduled to depart for New Zealand on Motzaei Shabbat. Once he was back in LA, however, Divine Providence was clearly at play. He discovered a message from the winery left on his answering machine: Due to unforeseen weather conditions, the grapes are not ready for harvest. Kindly postpone your trip by a week.

Rabbi Nathanson flew to Melbourne the following week, one of the last flights to get into Australia before it shut for the pandemic. He never made it to New Zealand.

Quarantining in a Crunch by Rabbi Eli Eleff

Mashgiach on the Go

3.3 3 votes
Article Rating
This article was featured in the Summer 2021 issue of Jewish Action.