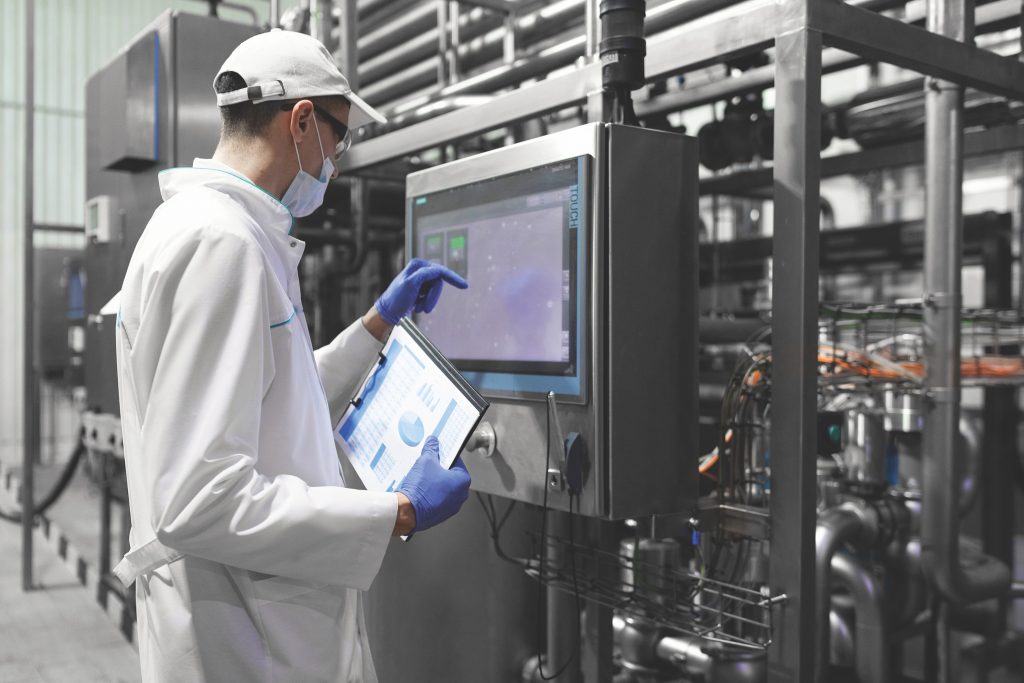 We live in a world where it seems as if practically everything is going high tech. Many of us communicate with our smartphones, check our video doorbells to see who is on the porch, and have fallen in love with the convenience of futuristic appliances that let us preheat our ovens and turn on our air conditioners from afar. Digitalization (which simply means using a host of new digital technologies) can be a game changer, so it should come as no surprise that a growing number of manufacturing plants have made the leap into digitalization as well, creating new realities in the world of kashrut supervision.

“More and more food companies are moving in this direction,” explains Rabbi Yitzchak Friedman, a veteran OU Kosher rabbinic field representative (RFR). “They are increasingly interested in taking advantage of the unique benefits of digitalization.”

Leveraging existing technology can help factories increase their efficiency and quality in multiple ways. In addition to creating a system of meticulous cyber record-keeping, computer-automated production circumvents the potential for human error. Smart technologies record useful data, which simplify inspections for mashgichim while the many reports generated streamline kosher inspections. Mobile barcoding is another useful tool, allowing for real-time inventory tracking through traceability software that closely monitors every ingredient in the plant.

Traditionally, one of the biggest areas of concern for a mashgiach was what raw materials might be located in a company’s warehouse. A mashgiach would walk up and down the aisles to verify that only items appearing on the list of approved ingredients were being used in kosher production. But factories that have turned toward digitalization function very differently, explains Rabbi Gavriel Price, an RC for the flavors industry.

“Everything is controlled by software—what is coming in, what is permitted to come in, where it gets put in the warehouse, how much of an ingredient there is and even when and where it is being used,” says Rabbi Price. “Everything needs to be approved, and the systems are regulated intensely and rigorously.”

Some advanced food companies that have gone digital connect all of their systems via one platform. In other words, everything from recipe formulation to quality control to product packaging becomes interconnected. Having all machines and processes integrated can be especially helpful to mashgichim.

Rabbi Friedman recalls one incident where a large company received a shipment of an ingredient that contained non-kosher grape juice. Upon discovery of the issue, it didn’t take more than twenty minutes to track down all the products containing that ingredient. They caught it in time, ensuring that those products didn’t get into the kosher market. “This could have been a grave mishap, but the fact that the plant was a smart factory made all the difference,” says Rabbi Friedman.

Another facility under Rabbi Friedman’s watchful eye had just one supervisor signing off on a significant amount of equipment changeovers (steps required to use the equipment for a product of a different status; for example, a line running dairy would require an equipment changeover to run a pareve product), a situation that often led to errors. Appreciating that going high tech would eliminate those issues, Rabbi Friedman urged the company to take the leap into digitalization, which it ultimately did.

A growing number of manufacturing plants have made the leap into digitalization . . . creating new realities in the world of kashrut supervision.

“I promised the quality control manager that if the plant went for an entire year without any discrepancies, I would throw them a breakfast,” says Rabbi Friedman. “They shifted to become a smart factory, and I was able to throw that breakfast for them several months ago. Due to smart technology, there were no more mistakes when the equipment was changed between runs.”

Other innovations in factories include having robots pull ingredients off shelves, which adds another layer of integrity to the process because only correctly barcoded items can be retrieved and scanned. One OU-certified beverage plant has an electronic sensor that adds a bittering agent to the recycled water used for pasteurization in order to ensure the water’s kashrut, as the company produces both pareve and dairy beverages. (The bittering agent makes the water undrinkable, thus nullifying any dairy that may be present so that pareve beverages retain their status.) Both the company and the OU are notified automatically if the level of bittering agent in the water drops below a certain threshhold. In other plants, retinal scanners are used to add an extra layer of security, ensuring that only authorized individuals can gain admission to those facilities.

It is important to note that computers are only as good as their programming and even ironclad protocols can sometimes be circumvented. Rabbi Price received a phone call from a worker at one plant under his supervision who needed to add a minute amount of a particular ingredient that was out of inventory. Since the supplier would only sell a full drum of the item, an investment of several thousand dollars, the worker wanted to know if she could use a similar product from the company’s research and development area instead, explaining that she could circumvent the barcode controls by scanning the barcode from the ingredient that was normally used.

“She told me she wanted to check with me first,” said Rabbi Price. “It turned out to be fine, but it was a reminder that anyone could have made the swap.”

While digitalization may offer tremendous benefits in the world of kosher certification, mashgichim have to understand how to interpret the data the factories produce, and to remember that even when programmed correctly, technology isn’t infallible and is only as effective as the person who is operating it.

“There are many different pieces to the puzzle, and nothing can ever be assumed,” notes Rabbi Avrohom Stone, an OU Kosher senior RFR. “A computer is great when you understand what is going on, but if not, it is as difficult as not having any computer at all. It is a tool, and the biggest mistake that people make is thinking that because something is automated, they don’t have to think about it.”

Don’t Let It Bug You by Barbara Bensoussan