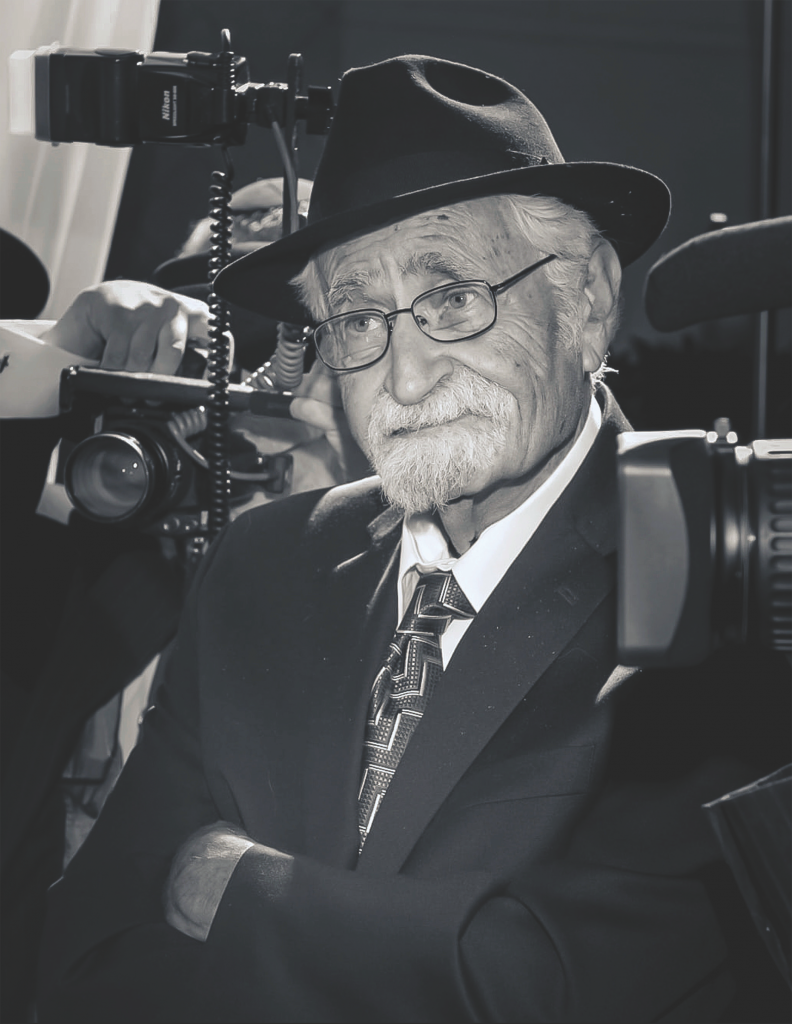 Rav Nota Greenblatt, zt”l, who worked as an RFR for OU Kosher for decades, possessed two remarkable characteristics: an extraordinary level of chesed and a rare mastery of disparate fields of Torah knowledge. In 1947, Rav Moshe Feinstein wrote about Rav Nota, who was then about twenty-one years old, that “within a short time . . . he will be one of the gedolei Torah of Israel and pillars of halachah in the world,” a prediction that was fulfilled.

To give one example of Rav Nota’s chesed: As is well known, Rav Nota, who since the 1950s was based in Memphis, Tennessee, would travel around the world—often at his own expense—to obtain a get for women in need (he administered thousands of gittin). On one occasion, Rav Nota was trying to obtain a get from a recalcitrant husband, who finally agreed to meet him at a shul at 8 pm. The time came and went, and the husband did not show up. Rav Nota stayed up all night calling the man, until morning, when the latter finally arrived.

Later that day, Rav Nota was visiting a Humco oil manufacturing plant for the OU. Rabbi Alexander Rosenberg, the rabbinic administrator of the OU at the time, was driving with Rav Nota and asked him why he looked so tired. When Rav Nota told him he had been up all night waiting for a recalcitrant husband, Rabbi Rosenberg asked the driver to stop the car so he could get out and stand up for Rav Nota. Some thirty years later, Rav Nota was at a brit when the father of the baby approached him and said: “Over thirty years ago, you arranged a get for my mother.” The brit was for the grandson of the woman for whom Rav Nota had stayed up all night.

Another story is one I heard from Rav Dovid Feinstein, son of Rav Michel Feinstein. A husband agreed to give his wife a get in a far-flung location on erev Yom Kippur. Rav Nota immediately traveled there, which of course meant sacrificing Yom Kippur with a minyan; this did not matter to him. Rav Nota said that his Yom Kippur spent alone in this remote location was his most productive.

Rav Nota once traveled to Chile to perform a conversion. When he arrived, he saw that the woman planning to convert was not fully at peace with her decision; her family was unhappy, and as a result she was somewhat dejected. Although she was still eager to convert, Rav Nota told her that he would come back another time—at his expense—so the conversion could take place when she was feeling a sense of peace and joy and was not distressed. And indeed, several months later, he came back and did the conversion.

Rav Nota was also a first-rate lamdan—the OU benefited from his in-depth expertise in many areas of halachah. As a very young boy, he met Rav Kook, who gave him a berachah that he would be a talmid chacham and merit arichut yamim. In his modesty Rav Nota would joke that at least the second half had come true (he passed away this past May at the age of ninety-six). He was also a master of practical halachah, and of course, he was a close student of Rav Moshe Feinstein, the posek hador.

When I first came to the OU, Rav Nisson Alpert, zt”l, a rosh yeshivah at Yeshiva University’s Rabbi Isaac Elchanan Theological Seminary, told me that I would be working with Rav Moshe’s best talmid—Rav Nota Greenblatt. Years later, I shared that with Rav Nota, who responded: “Of course you know that’s not true—Rav Nisson was Rav Moshe’s best talmid.” In fact, they were Rav Moshe’s two greatest talmidim. Rav Nota absorbed from Rav Moshe his lomdut, his courage, and his concern for those asking questions.

Rav Nota was one of the rare people who knew the realia of halachah—he combined theoretical lomdut, his knowledge of pesak halachah, and the actual how-to of implementation. He was not only an expert on gittin but also wrote gittin. He built mikvaot and eruvin throughout the South, was a mohel and a shochet, and in fact took charge of the OU’s shechitah as well, visiting slaughterhouses throughout the country. I didn’t have too many experts in shechitah I could turn to at the time—Rav Nota was one of the few.

Rav Nota was very close with Rav Michel Feinstein, a nephew of Rav Moshe Feinstein and son-in-law of the Brisker Rav (while studying in Israel, Rav Nota met with the Brisker Rav). He studied for six months in Boston at Heichal Rabbeinu Chaim Halevi, the yeshivah founded by Rav Yosef Dov Soloveitchik. Rav Nota and Rav Michel would learn until the early hours of the morning. In the morning, the newspaper would arrive, and Rav Nota would translate the headlines for Rav Michel. That relationship and commitment persisted throughout their lives. In the introduction to his sefer, K’reiach Sadeh, Rav Nota wrote about his rebbi Rav Michel:

I didn’t have too many experts in shechitah I could turn to at the time—Rav Nota was one of the few.

Those who merited to be in the presence of Rav Michel, zt”l, and saw how deeply he was engrossed in his shiurim, and how precise they were—shiurim in all areas of Torah, which were given constantly, almost without stopping, without regard to the suffering which always engulfed him—understand that he was wholly occupied with serving G-d, and through his shiurim he was serving G-d with the attributes of truth and perfection . . . Can one mention our teacher without mentioning his pleasantness toward everyone with whom he was in contact? I was pulled toward him in my youth because of his kindness, before I recognized his greatness in Torah. His sweetness in worldly matters was matched by the sweetness of his Torah.

I will not pretend that I can accurately evaluate his greatness or the depth of his personality, but I will describe how he appeared to me, in my youth, when I was a young student and he a young rabbi . . .

My first impression of the Rav came from my teacher Rav Dovid Leibowitz. . . . The conversation turned to Rav Soloveitchik and another rabbi who was in a dispute with him. Rav Dovid said that the difference between the two was existential: the disputing rabbi was a distinguished talmid chacham, but “Reb Yoshe Ber is a gaon”. . .  In the beginning of 5702, a group of students traveled to Boston with Rav Michel Feinstein to study and hear his shiurim and those of the Rav. . . We entered the study of the Rav. He sat opposite the single portrait in the room, that of “the Zeide, Reb Chaim,” and he took out a small Rambam and began to teach Hilchos Shofar. Each word sparkled like a gem in its clarity. . . . We did not notice the time passing, as we sat for hours without losing atten tion and drank from his unceasing well. . . . Reb Dovid was indeed correct. A gaon is an entirely different category of existence.

Rav Nota was so perceptive in describing his teachers because he shared their attributes. He was driven by his sense of responsibility for all of Klal Yisrael, and everything he did was performed with his superior intellect and his extraordinary heart. In Memphis, he founded the day school, the Memphis Jewish Academy, and later the yeshivah high school, and his efforts were crucial in maintaining the shomer Shabbat community in the city.

Rav Nota leaves a legacy of his wonderful family and talmidim, and Jews around the world who were beneficiaries of his knowledge, kindness and sense of achrayut. He was, as he wrote about Rav Soloveitchik, in a category of his own.