During his eight years as an emergency room physician “BC” (Before Covid), Rafi* saw “just about everything.” Heart attacks. Broken bones. Infections. Emotional breakdowns. Standard stuff for the doctors and nurses who staff an ER, the medical profession’s first line of defense for many physical and mental conditions.

In the year-plus since the pandemic struck, Rafi’s work has changed considerably. So has his level of stress. He still does the eight-hour overnight shift at a community-based hospital in the Minneapolis-St. Paul Twin Cities area, but during the past year, people with Covid, or symptoms thereof, have constituted a substantial part of the people he saw on each shift. Not a majority as at some hospitals in higher-risk areas of the United States, but up to 25 percent at the height of the pandemic.

Health care professionals like Rafi are literally at the front lines of the battle against Covid, treating the patients who are most likely to succumb. Rafi says he never considered staying away from his job in the last year despite the risk of contracting the disease that by earlier this year had taken the lives of nearly a half-million men and women. “I signed up [as an ER specialist] to save lives,” says Rafi, a graduate of the Tel Aviv University Sackler School of Medicine and an active member of his Modern Orthodox synagogue. “I felt a calling. I wasn’t about to give up medicine.”

Rafi possesses the calm, comforting bedside manner required of one who deals with people who are often in pain and may be agitated. “I’m good under pressure.” He and his wife, parents of two young children who were home-schooled since the pandemic broke out, were well aware of the risk he was taking by continuing to work at the hospital. “It was definitely a major concern of mine. We didn’t know if the precautions would work.” Precautions like wearing full protective equipment on the job; keeping his cell phone in a Ziploc bag; changing his scrubs after each patient; and taking a shower and putting on a new set of clothing when he returned home. “It started to become the norm,” he says. Eventually, he got the vaccine. Fortunately, no one in his immediate family tested positive for Covid. “I feel blessed that I’m healthy.”

What was the worst part of his year of living and working on the edge? “The isolation,” he says. No visits with friends or family, no guests for Shabbat or yom tov meals. But Rafi says his ER work with Covid-19 patients has strengthened his emunah. “It made me appreciate life more.”

*Not his real name; for reasons of privacy, he declined to use his name or the name of the hospital. 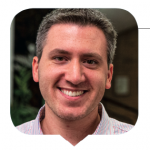 At just thirty-one years of age, Charlie Wohlberg of Riverdale, New York, already counts thirteen years of service with Riverdale Hatzalah. He’s seen a lot. But nothing could have prepared him for being a Hatzalah member during a global pandemic.

“As early as January 2020, Hatzalah members started getting alerts about this new disease circulating around Asia,” recalls Charlie. “We get these alerts occasionally, and while we take them seriously, they don’t usually amount to much.” This time was different.

By early March, Hatzalah observed the developing situation in New Rochelle—ground zero for Covid on the East Coast and very close to Riverdale—and sent specific bulletins about looking out for potentially infected patients. “The dynamics of every Hatzalah call changed instantly,” says Charlie. Before Covid, Charlie would show up to a call, put on gloves and run inside within seconds. Now he and his peers had to pause, don layers of protective gear and consider the safety of themselves and their families. And the frequency of calls rapidly increased.

Charlie calls those early days “a war zone,” estimating that 80 percent of Hatzalah’s patients died within two to three days of taking them to the hospital. “As Hatzalah members, our goal is the preservation of life, and this was a significant blow,” says Charlie somberly. “We never experienced carnage like that before.” But Hatzalah members, by training and by nature, are proficient in perseverance.

Many times Charlie and his fellow Hatzalah members had to convince unwilling patients—often elderly men and women afraid to leave their spouses—to go to the hospital. Hatzalah also tried to keep patients home if it was medically possible, partnering with health care providers, medical supply companies and community members to source equipment like oxygen concentrators. “It was inspiring to see the community rally around, even on Shabbos and yom tov,” he says.

Speaking of Shabbat and yom tov, Charlie credits his wife Cheryl with unwavering support. “My wife was alone at the Sedarim, but she was completely supportive and encouraged me to respond to the nonstop emergency calls,” he says. “The other members of Hatzalah also gave it their all, with the selfless support of their families.”

Were there other inspiring moments amid the sadness? Charlie points to a couple, both Holocaust survivors, who were married for sixty years. The husband had to go to the hospital, where his condition worsened. “The wife was understandably very upset at not being allowed to see him before he passed away, so we had someone go gowned up in protective equipment with an iPad to the hospital. I went to her apartment, and she and her husband were able to communicate on video before he passed away.”

Charlie pauses. “That was one of the most emotionally challenging moments I’ve witnessed in thirteen years with Hatzalah. But on the other hand, it was inspiring that we found a way to navigate this terrible time for our community. A lot of responders formed deep connections with the families, and that’s something I’ll never forget.”

As more people get vaccinated, Charlie anticipates being on the other side of this crisis. In the meantime, he has renewed gratitude for his family and his brothers in arms. “We’re called Chevra Hatzalah because through our shared experiences fighting to save lives, we develop an enduring bond,” he says. “It becomes part of who we are.” 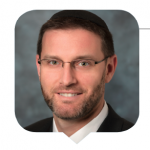 As senior rabbi and director of spiritual care at Cedars-Sinai Medical Center in Los Angeles, Rabbi Dr. Jason Weiner is no stranger to illness and death. But the onset of Covid-19 demanded an unprecedented immersion in comforting people through their darkest hours, while also navigating new regulations for patient care.

Covid has rewritten hospital rules, says Rabbi Weiner. “The main difference was the isolation of patients whose family and friends were not allowed to visit them. Sometimes, even the nurses wouldn’t go into the rooms; they would start IV lines from outside, in the hallway.

“I felt so bad for the patients that early on in the pandemic, I decided to go into the Covid rooms.” Rabbi Weiner—who oversees twelve chaplains of various faiths and twenty chaplains-in-training—would don protective gear every time he entered a patient’s room, and shower and change his clothes immediately upon returning home, even before greeting his family. Still, it was a bold move in the early days of the pandemic, if typical of Rabbi Weiner’s devotion to his patients.

To comfort and connect with patients isolated in ICU rooms, Rabbi Weiner had to use his imagination. He tapped into LA’s rich network of musicians and entertainers, who, lacking work this year, were happy to perform free, private concerts for patients via Zoom. “Covid showed the value of technology in connecting with people,” Rabbi Weiner states. “It also forced us to be creative.”

Sometimes even the nurses wouldn’t go into the rooms; they would start the IV lines from outside, in the hallway.

As chaplain, part of Rabbi Weiner’s job is to care for the hospital staff too, a responsibility that was magnified this year in the face of overburdened and exhausted medical professionals. “Everyone was pitching in, so some health care professionals were working in the ICU for the first time and seeing numerous patients die each day,” explains Rabbi Weiner. “The staff was really suffering. We tried to be proactive and innovative in supporting them so they wouldn’t break down.”

Rabbi Weiner stepped in as liaison between patients and their families in new ways, from answering phone calls multiple times a day to running down to the street numerous times daily to collect personal items and food packages from families for their loved ones in isolation. He also had a chaplain stand at one of the hospital’s few entrances during Covid to give staff members a blessing, some verbal encouragement or a nurturing token gift such as essential oils or nutritious snack. “The staff appreciated these small touchpoints so much,” says Rabbi Weiner. “That’s something we realized we should have already been doing, and we will continue to do so even after Covid.”

Was there anything else that will reverberate into the future? “As chaplains, we always knew the centrality we play in people’s lives at their times of need,” states Rabbi Weiner, “but this past year has really emphasized that. I think we all have a renewed appreciation for our communal responsibility.”