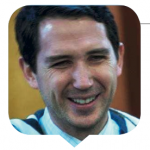 About half a year before the pandemic struck in the United States, Rabbi Jonathan Morgenstern, rabbi of the Young Israel of Scarsdale, took part in a study mission to Israel sponsored by a Middle Eastern peace organization. The orientation for the mission included a session with other participants via Zoom, a teleconferencing platform with which the rabbi was then unfamiliar. Zoom so impressed Rabbi Morgenstern, who has served for twenty years at the congregation in New York State’s Westchester County, that he discussed its potential with several members of the synagogue family. “Very few people had heard of it,” he says.

As rabbi of one of the first Jewish houses of worship in the country to close its doors when the threat of Covid became apparent (Scarsdale borders on New Rochelle, an early epicenter of the pandemic), Rabbi Morgenstern increasingly turned to Zoom during the year-plus that found the 430-member families of his congregation and members of the wider Jewish community quarantined and isolated from one another and unable to attend activities at the synagogue in person. He led or participated in online funerals, weddings, bar mitzvahs, adult education classes, bikur cholim visits and counseling sessions with individuals who were suffering or grieving. In other words, everything that a pulpit rabbi normally does.

One advantage of Zoom was that prestigious speakers with busy schedules were willing to give lectures with reduced fees, and there was no need to pay for a plane ticket. The pandemic, says Rabbi Morgenstern, “gave us the opportunity to stop and reassess” how a synagogue operates. His Young Israel did not stop functioning during the pandemic; it simply learned to function differently.

Rabbi Morgenstern was not alone. He and his rabbinic colleagues shared innovations and best practices, discussing ways to keep serving their scattered flocks while keeping them safe. It required plenty of logistics and planning, and a “tremendous amount of time and energy.”

For Rabbi Morgenstern and his associate rabbi, Rabbi Nuriel Klinger, that meant communicating with synagogue members by phone and email more than they had previously done; holding outdoor Megillah readings with a reduced number of people; initiating hybrid worship services with some people inside the building and others outside on the patio; blowing the shofar outdoors in the community at pre-announced sites; and leading outdoor ceremonies and commemorations at nearby Jewish community centers, with participants remaining in their cars. “Hundreds of men and women joined these events,” he says. “The people really appreciated this.”

His synagogue, though constrained during a year of enforced limitations, emerged stronger because of the pandemic, he says. “It gave us the ability to reimagine things. Anything is possible!” 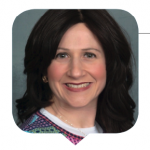 Rebbetzin Adina Morris knew she was blessed when, in January 2020, the consulting firm for which she works as an executive life coach moved all its operations online. Ahead of the move-to-Zoom trend that became ubiquitous two months later, Rebbetzin Morris embraced the technology, structured a home office in her living room, and was good to go.

Then Covid struck and the world changed, in Rebbetzin Morris’s case, particularly in her role as a rebbetzin; her husband Rabbi Yechiel Morris is the mara d’atra of the Young Israel of Southfield, Michigan, with a membership of 130 families.

Suddenly, two of her children returned home from their yeshivot to join their three younger siblings. The home Wi-Fi was not powerful enough to fuel the needs of the Morris family, which includes a shul rabbi who also teaches in the local day school, a mom who has a private coaching practice in addition to working for a consulting firm, and five children, all Zoom-learning.

Rebbetzin Morris didn’t only have to be concerned about juggling her job and home life; she had to manage her communal role as well.

Soon “Covid Pesach” was a reality. Many shul members would be making Pesach for the first time, and like any other first-time happening, people had to learn how to do it. Older people were afraid to leave their homes and shop, even for basic needs. Did people have enough money to cover the myriad expenses of this holiday?

“There was heightened concern for all,” Rebbetzin Morris emphasizes. “My husband and I went through the shul membership list and tried to identify and address every possible need. Our goal, which began with Pesach and continued throughout this entire situation, was to maintain community by fostering connection with and between people.”

After davening on Shabbat morning, the Morris family would go on a neighborhood walk, knocking on the doors of different shul members.

While she prepares and delivers an occasional shiur or devar Torah, Rebbetzin Morris describes her role as connecting with people through one-on-one “kiddush conversations” and hosting families for Shabbat lunch in her home. When both of these avenues for connecting with others became unavailable, she and her husband challenged themselves to find new ways to unify and nurture their kehillah. Together they established two WhatsApp chats: one for announcements and the second for schmoozing. Older and newer members got to know each other in this way. In yet another innovation, after davening on Shabbat morning, the Morris family would go on a neighborhood walk, knocking on the doors of different shul members. Face-to-face, albeit socially distanced, conversations ensued. This worked for spring and summer. Then the colder weather returned, and the Morrises became worried about the “shut-ins.” Rebbetzin Morris regularly self-recorded a video to women in the community. She and her husband also participated in Zoom “conversations” with shul members, especially helpful for those who don’t enjoy frontal presentations.

Rebbetzin Morris underscores the creativity stimulated by Covid. She developed a guided art project over Zoom together with a local Jewish artist. The shul also organized Boggle games and schmoozing sessions on Zoom.

Walking the path as a shul rebbetzin can be challenging and Rebbetzin Morris says her number-one go-to person for inspiration is her husband. She believes in supporting her husband in his role as rabbi. As an insightful rebbetzin once remarked: “A rebbetzin must recognize that being supportive of one’s husband is being supportive of the community.” Rebbetzin Morris is also encouraged and inspired by her parents, Rabbi Gershon and Mindy Gewirtz, who were the longtime rabbi and rebbetzin of the Young Israel of Brookline.

“Covid was difficult,” she says. “Yet with hard work and lots of siyata d’Shmaya, we are growing.” 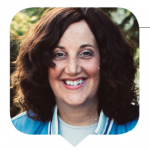 Not every native Queens woman with an advanced degree in neuropsychology ends up as a rebbetzin in Wisconsin, but for Rebbetzin Dr. Jessica Kalmar, an out-of-town community made sense for her and her husband Rabbi Wes Kalmar. “Not only were we needed here by the people we would be serving, but we felt we could impart the right values to our children in that kind of community,” says Rebbetzin Kalmar, who also assumed a professorship at Wisconsin’s Lakeland University.

As rebbetzin of Congregation Anshe Sfard Kehillat Torah (ASKT) in the Glendale Jewish community, Rebbetzin Kalmar dove into her role, leading Torah learning and kallah classes, helping to create robust shul programming and hosting frequent meals in her home. Then Covid drastically impacted tradition-driven Jewish communal life, at the center of which is the synagogue. “My husband and I are a team, and we knew immediately that we had to recreate Jewish life,” she says. “It was a challenge, but also an exciting opportunity.”

They pivoted quickly, offering their regular Torah classes via Zoom. “As an educator, I was excited to see people who couldn’t always physically get to the classes before Covid now able to attend virtually.” A lot of the shul members are musically talented, so they launched a musical pre-Shabbat Kabbalat Shabbat program on Zoom as a virtual touchstone for people to get ready for Shabbat together.

When the weather turned warmer, the Kalmars hosted outdoor programming, including bonfires and fireside chats for teenagers, and scavenger hunts and youth groups for younger children. The “Adon Olam Jam” was created for families with young children to gather outside for Adon Olam, a parashah story and a treat. If you must hold outdoor events, you could do no better than the scenic lakeside vistas of Wisconsin. “We’ve been fortunate to have the great outdoors literally right at our doors,” says Rebbetzin Kalmar, whose home actually sits on a small lake. (You don’t get that in Flatbush.)

When shul resumed in June, the Kalmars launched “Kiddush to Go.” “I’m very moved by the families who, even if they weren’t ready to come back to shul in person, were so committed to shul life that they sponsored these kiddushim,” says Rebbetzin Kalmar.

The rebbetzin finds a host of useful resources from the various offerings of the OU Women’s Initiative. “I get to share with my own shul members some of the rich material provided there,” she says. The Initiative’s recent speaker training seminar for educators and lay leaders helped Rebbetzin Kalmar sharpen her virtual teaching skills—a two-fold benefit for her—and a WhatsApp support group for rebbetzins provides a steady stream of support and encouragement.

Rebbetzin Kalmar also finds inspiration in the people who turn to her for spiritual guidance during these turbulent times. “You would think a crisis like this might turn people off from searching for spiritual answers, but I’ve experienced so many people searching, reaching out and coming to classes—more than they were before,” she says. “I’m inspired by our congregants, which in turn enables me to continue giving back to them.”

Tova Cohen is a senior writer at UJA-Federation of New York and a freelance writer in fundraising communications for a number of nonprofit organizations. Her creative bylines have appeared in the New York Times, the Washington Post and Tablet Magazine. She lives with her family in Englewood, New Jersey.