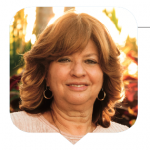 During the first weeks of the pandemic, Yvette Kaweblum, a Mexico-born resident of Boca Raton, Florida, rarely left her home; she self-quarantined to keep herself and others safe.

Then the elderly mother of a close friend died. And Kaweblum, a founder of the Boca Raton Synagogue Chevra Kadisha burial society, ventured outside—to lead the taharah of her friend’s mother.

Kaweblum, who had become active in chevra kadisha volunteer work more than two decades earlier (she had started the practice after the unexpected death in Boca Raton of her visiting mother-in-law) resumed her work after her friend’s mother’s death (“she was a [surrogate] grandmother to my kids”) and never stopped. “It’s the biggest mitzvah anyone can do,” says Kaweblum, who was trained in New York under the guidance of Rabbi Elchonon Zohn, director of the National Association of Chevra Kadisha (NASCK) and a well-known authority on Jewish burial.

Like other Jewish burial societies across the country, the one under the auspices of the Boca Raton Synagogue faced particular challenges after the pandemic struck. The number of people requiring a taharah, many of them victims of Covid, went up, while the number of volunteers, many of whom were seniors and vulnerable themselves, went down. The need for taharah supplies increased. And financial contributions to the chevra kadisha decreased.

Kaweblum serves as the organization’s president—as well as its treasurer, secretary, fundraiser and trainer. And she continues to perform her share of taharot and arranges the rest.

“In the beginning, we really panicked. We did not know what to do,” she recalled in an article in the shul bulletin. “With Rabbi [Efrem] Goldberg’s support, we regrouped; we realized that we cannot bury a Jew without a proper taharah.”

The chevra kadisha consulted with medical experts and implemented various changes, including the synagogue’s downsized “Corona Chevra.” Like other volunteers, Kaweblum took special precautions during Corona-era taharot—masks and gloves, protective gowns, thorough antiseptic spraying of the taharah room and all equipment, as well as open doors to let dangerous antigens escape. “We were in and out as quickly as possible.” Volunteers also took separate car rides to and from the taharah venue. Still, she says, “it was scary.” In the shul bulletin, Kaweblum recounted that a man reached out to her after his mother’s funeral to ask for the phone numbers of the chevra kadisha members who had performed the taharah on his mother. “He wanted to personally thank them,” she said.

Although the incidence of coronavirus rose steadily in the US since the original breakout, as of early this year, neither Kaweblum nor the other volunteers caught the disease. “I’m very lucky,” she says. “But it’s a lot of pressure.”

Kaweblum says she receives moral support from Rabbi Goldberg, her synagogue’s rabbi. To keep her spirits up, she takes part in a weekly Zoom class on emunah. Unlike related mitzvot such as visiting the sick or comforting a mourner, the work of a chevra kadisha must be done in person. There are no Zoom taharot. Her work in the last year has taught Kaweblum a higher level of reverence, she says. “We know what’s important in this life.” 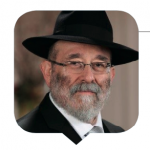 When the Covid-19 pandemic first struck, Rabbi Elchonon Zohn quickly found himself in the eye of the storm. As the longtime director of the Vaad Harabonim of Queens Chevra Kadisha and the president of the National Association of Chevra Kadisha (NASCK), Rabbi Zohn would quickly become the first resource whom many in the metropolitan New York area and then across the country turned to for guidance when coping with a death in the community amid the concerns of Covid.

“The initial concern we had was that chevrei kadisha had no guidance on what to do,” he recalls, noting how neither seasoned chevra kadisha members nor rabbinic leaders knew what was safe in performing a taharah at the time. “People were very, very much at a loss and looking for guidance.”

Rabbi Zohn reached out to experts, including Jewish infectious disease specialists like Rabbi Dr. Aaron Glatt, many of whom he had long-standing relationships with and had consulted during previous crises, such as the emergence of AIDS in the 1980s.

By late March of 2020, NASCK had issued comprehensive protocols to protect chevra kadisha members both from potential transmission from a dead body—regardless of whether the deceased had tested positive for the virus—and from chevra members to one another. These included guidance on when and how to don personal protective equipment (PPE); adding bleach to the water used to wash a body; spraying sanitizer across the deceased; and keeping members apart from one another as much as physically possible.

In an email advising these unprecedented steps, Rabbi Zohn appended a postscript: “On a personal note, I must mention that these guidelines are very difficult for me to recommend and distribute. In so many ways, they contradict what I have taught for many years. However, the underlying basis of all we do is Toras Emes and minhag Yisrael. The Torah requires that we react to special times with special rules: ‘Eis la’asos laHashem heifeiru Torasecha’ [rough translation: We violate the law in order to sustain the Torah]” (Tehillim 119:126).

“I believe it is appropriate to feel pained that we are abbreviating procedures that give kavod to the meis [deceased], even though it has become necessary to do so. The feeling of distress on behalf of the meis is a form of kavod hameis on its own. Moreover, perhaps that pain will reduce the possibility that these temporary changes will decrease our sensitivity to the holy work we are privileged to perform.”

The modified taharot were based on the direction of posekim like Rabbi Mordechai Willig and Rabbi Shmuel Fuerst. By the spring of 2020, Rabbi Hershel Schachter issued a follow-up halachic ruling relating to the matter, noting, “Rabbi Zohn’s updated chevra kadisha guidelines and safety precautions should be meticulously followed by all chevrei kadisha.”

In retrospect, Rabbi Zohn was satisfied that those following NASCK’s directions were able to avoid illness and keep chevrei kadisha operating, instead of discontinuing traditional practices as happened in some non-Orthodox communities, where preparation of bodies was sometimes left to non-Jewish funeral home staff. “That was an additional tragedy to this pandemic—frequent burials in closed double pouches, with few, if any, customs observed altogether,” he says. “That is a very, very questionable practice and a very serious deviation of what a taharah and kevurah are meant to be.”

It is appropriate to feel pained that we are abbreviating procedures that give kavod to the deceased, even though it has become necessary to do so. The feeling of distress on behalf of the meis is a form of kavod hameis on its own.

When Orthodox communities confronted difficulties with local funeral homes and cemeteries, Rabbi Zohn often helped mediate between the chevra kadisha or rabbi to find a way that would be safe and mutually amenable. Often this involved creative solutions, such as placing a thin plastic tablecloth at the bottom of a casket instead of burying in a closed pouch, to prevent any leakage that might harm personnel; or insisting that those helping to bury a body bring their own shovels. “We found ways to be sensitive to staff and protective of families, while also being careful about minhagei Yisrael and kavod hameis,” he reflects.

Looking ahead, Rabbi Zohn notes that every chevra kadisha should ensure it is prepared with a sufficient number of volunteers, especially among younger people. And while there will need to be an emphasis on adjusting for special circumstances, such as continued proper use of PPE, he thinks the biggest challenge going forward will be returning to the kind of care and concern that Jewish custom requires when tending to a Jewish body.

Fortunately, most of what Rabbi Zohn experienced during the pandemic was the extraordinary dedication of community members to the kavod hameit of fellow Jews. At one point during the peak, his own chevra kadisha was handling as many as forty taharot in a twenty-four-hour period, five or six times its normal load. Volunteers were available around the clock. Sometimes the only ones willing and able to participate were those in their 50s and 60s (all of whom first obtained their doctors’ consent). “There was unbelievable and inspiring dedication by these people, who took heroic measures,” says Rabbi Zohn. In many cases, chevra kadisha members were tending to those whose family members would only be able to observe limited funeral and shivah experiences. “That there were people to take care of their loved ones with kavod was a real source of comfort to mourning families.”