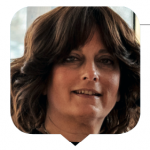 Summer began three months early in Baltimore last year. At least it did for a staff member of one Baltimore day school.

A native of New York City’s Washington Heights neighborhood who has lived in Baltimore for two decades, Sara Lea Wetstein serves as food services director and IT director of Bnos Yisroel, a 550-student, K-12 institution. Classes ended—and went virtual—when the pandemic broke out in March [2020], bringing an end to the school’s daily lunch program for all of its students.

A week later, the summer feeding program, administered by the State of Maryland and funded by the federal USDA, swung into action. In a normal year, the summer program starts when classes end. But because of the pandemic, the state put it into operation in the spring in order to meet the nutritional needs of children ages eighteen and younger who would not be receiving meals in school, and to take the onus off of parents, who were suddenly juggling added responsibilities.

Across the nation, all types of Jewish schools and other Jewish institutions, including lunch programs for the elderly and kosher soup kitchens, found themselves suddenly challenged, with social distancing restrictions in place and financial contributions reduced. Meals did not stop for Jewish families in Baltimore and for those in several other US cities for whom Wetstein acted as a consultant, but this meant more work for Wetstein. As one of the few Baltimore-based Jewish schools taking part in the USDA program, Bnos Yisroel offered its kosher meals to any young applicant who needed it.

The number of meals provided each week—mostly from Meal Mart, and from a local kosher pizzeria—quickly rose from about 1,000 to more than 5,000. With Bnos Yisroel closed, the school became a largely drive-in operation, with parents and guardians of the recipients showing up once a week to pick up the week’s free supplies. (When classes at Bnos Yisroel resumed this past September, the program continued off-site for people still in need.) Meals were provided on a strictly non-sectarian basis. “We had a lot of non-religious Jews” who received meals, Wetstein says. “We also had a lot of non-Jews.”

The change in the program’s logistics meant that Wetstein was responsible for coordinating the pickup, delivery and efficient distribution of the packaged meals; checking the quality of the food; arranging items such as challah rolls and bottles of grape juice to be included for Shabbat; recruiting volunteers and a few paid employees to run the operation and helping to hand out the meals. “It was 24/7 at the beginning,” she says.

What would have happened if the food program had not continued in its new form? “You would have had a lot more stressed-out families”—parents trying to stretch budgets at a time of reduced incomes and people being forced to shop at a time of social distancing. In addition, the businesses of participating vendors would have suffered. The program was “tremendously helpful,” says the mother of one Orthodox family in Baltimore whose children received meals arranged by Wetstein last year. “It was huge . . . it helped everyone in the whole community.”

Which included Wetstein’s two young children, who enjoyed their packaged lunches during the pandemic. “My kids looked forward to opening their boxes.”

A longtime trauma expert who has earned the reputation as “the go-to person in the Jewish community for all kinds of crises,” Zahava Farbman had a schedule which kept her available “24/6”—and in some life-and-death emergencies, 24/7.

Which was demanding enough. Then Covid-19 came, and her workload increased immeasurably.

Farbman, who lives in the Long Island suburbs of New York City, has two official titles: associate director of crisis intervention, trauma and bereavement services of Chai Lifeline’s Project Chai, and mental health responder for a Hatzalah branch that serves parts of Long Island and New York City. That made her—pre-Covid—a face of Chai Lifeline, an organization best known for its work with children who are dealing with life-threatening illnesses. She is often the first person whom families see when tragedy strikes, the mental health professional who takes charge when there is an empty chair at a dinner table or in a classroom.

Before Covid, most of her work was done in person, offering solace with a hug or light touch to victims of disease or violence in all parts of the Jewish community.

During the pandemic, she has done all her work virtually, on Zoom, Skype and the phone, relying on verbal rather than tactile techniques. The thousands of people with whom she’s connected via the Internet in the last year-plus have included men, women and children across the US, England, Mexico, Israel and the former Soviet Union. All this, she says, allows her to keep those who have suffered a loss emotionally safe at a time of personal and society-wide challenges. But it’s harder, she says. “I’m a people person. I like to sit next to someone.”

“It’s important for kids to know that God hears their prayers and uses their prayers. Sometimes He does things that we don’t understand.”

Farbman, who grew up in a rabbinical family in Pittsburgh and is studying for her PhD in social work at Yeshiva University, says nothing prepared her for the demands of Covid. “Absolutely nothing.” The most challenging part of the last year, she says, was “the constant pressure with no let-up.” Pre-Covid, she and her staff of three full-time professionals, along with “an army of volunteers,” typically encountered death several times a month. During “this horrible plague,” there were several deaths “every single day . . . an unbelievable amount of tragedy.” Her schedule during Covid? “I didn’t have a schedule. God made up my schedule.”

“I don’t have an office,” she adds; in “normal times,” Farbman goes to the home or school where she is needed. During Covid, she went to her computer at home. “My life is wherever I’m needed.”

Does her job get easier? “Absolutely not. It became harder to see pain. It’s one of the hardest times of my life.” One of the toughest parts was answering children’s questions—“Will my parents get the disease? Will my parents die?” She attempts to strengthen the children’s faith. “It’s important for kids to know that God hears their prayers and uses their prayers. Sometimes He does things that we don’t understand. We let kids know that God runs the world,” Farbman says. “I’m just a messenger of God.”

When Chayie Chinn moved to Silver Spring, Maryland from Montreal sixteen years ago, she never dreamed she’d get involved with the local mikvah. “I was a young married woman, and in my mind, all mikvah ladies were about 100 years old,” she says with a laugh. But despite Chayie’s protests that she wouldn’t have the faintest idea what to do, her friend insisted, “You’d be great at it!”

She was finally persuaded to give it a try. The first time she went to work as a trainee attendant, she was surprised by the powerful feeling the experience inspired. “I was hooked,” she admits, to the point where fourteen years later in 2019, when the former manager of the Yitzchak Wallerstein Mikvah passed away, she agreed to take over her job.

The Covid pandemic brought Chayie to new stages in both her professional and community life. After being furloughed from an administrative job at Hillel International, she opted to focus on expanding her work as a kallah teacher, and she also became a dating coach. “I’m truly enjoying being so active within my own community,” she avows.

When all the local shuls shut down shortly after Purim of 2020, Chayie knew the mikvah had to be proactive and spring into action. An immediate plan was imperative to ensure the safety of every woman coming in. “Many people were petrified,” Chayie says. “They needed to feel safe.”

When all of the institutions shut down, the mikvah stayed open. There was true heroism on the part of the mikvah clients, attendants and directors.

With the backing of rabbis, she consulted with a local frum infectious disease specialist to create a safe system for using the mikvah. While the procedures were tweaked here and there as more information about Covid became available, within a few weeks, she and the staff had it down to a (literal) science, with the guidelines posted on the mikvah’s website.

“Chayie allowed the mikvah to stay open, and she created an atmosphere of safety and confidence,” says Rebbetzin Dr. Adina Shmidman, director of the OU Women’s Initiative. Women who wished to use the mikvah had to call in advance to make an appointment. On the phone, Chayie would read a list of scripted questions about potential exposure to Covid and general health. The women were expected to come to the mikvah on time and fully prepared, and they were taken into the building one at a time to immerse. (Each woman was allotted a fifteen-minute time slot, unless she specified that she needed more.) If a woman had a valid reason for needing a slot outside regular mikvah hours (including kallahs, who received a rather attenuated version of the usual mikvah initiation), she could be accommodated. Anyone developing Covid symptoms within four days of using the mikvah was asked to contact the management. “When all institutions shut down, the mikvah stayed open,” says Rebbetzin Shmidman. “There was true heroism on the part of the mikvah clients, attendants and directors.” As director of the OU Women’s Initiative, Rebbetzin Shmidman led the OU’s effort to support mikvah attendants and directors. In consultation with medical professionals and legal counsel, the OU issued mikvah-related Covid protocols. “This was also a means of encouraging communities to explore guidelines for their own communities,” she says.

Women who lived in the Kemp Mill neighborhood of Silver Spring before the beautiful new mikvah was built eleven years ago remember the old days of the first mikvah. It was so small that women had to prepare at home and schedule an appointment. “For those women, our Covid system was what they had been used to originally before the larger mikvah was constructed,” Chayie says. But even those who hadn’t experienced the old system found what to appreciate in the Covid protocols. While many found it challenging to carve out the space and privacy to prepare at home, others appreciated the punctuality of the appointment system and the privacy of being the only client in the mikvah. There were no long waits or running into acquaintances!

Chayie did receive the occasional complaint, although those who objected to the mikvah’s protocols retained the option of using another mikvah in town. But the vast majority were pleased. “They deeply appreciated our vigilance,” Chayie says. “It allowed them to feel safe doing this mitzvah.”