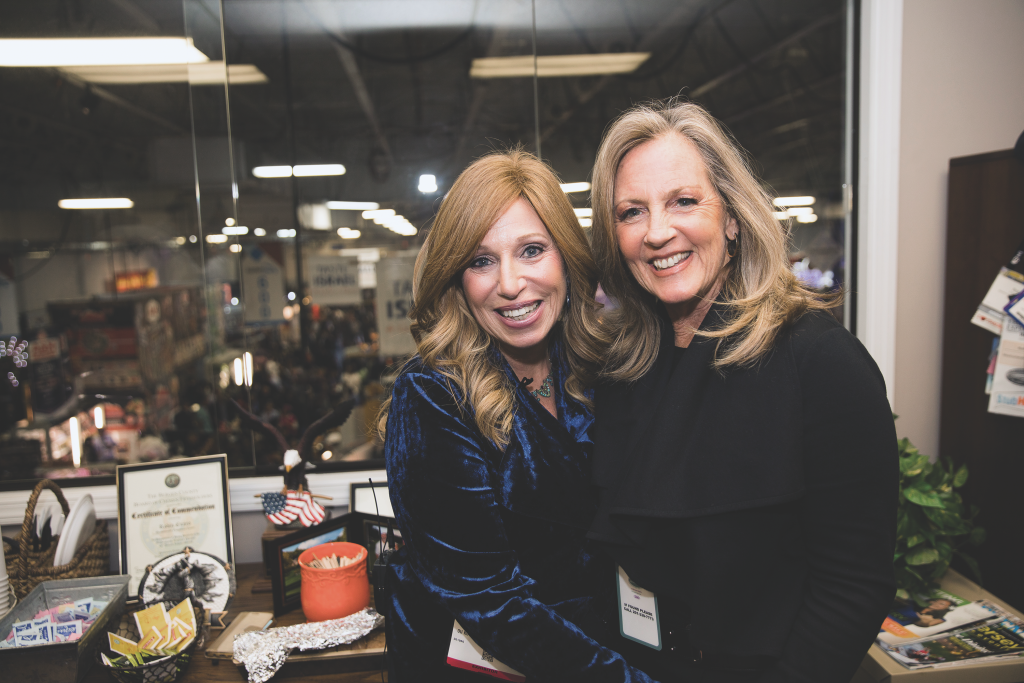 When Phyllis Koegel was growing up in the 1960s in Brooklyn, keeping kosher demanded quite a bit of forbearance. Back then, kosher consumers made do with a relatively sparse selection of products. Many of today’s pantry staples, including OU-certified Oreo cookies and Ritz crackers, were uber-treif, and the only kosher chewing gum came from Israel.

The landscape of kosher is different now, largely because of the vision, effort and determination of various personalities at the OU, including Phyllis Koegel.

Koegel’s official title is marketing director, OU Kosher, which means she’s on a mission to bring OU supervision to as many products as possible. And she’s made a grand success of it. Over the past sixteen years, Koegel has brought in over 2,000 new brands and over 250,000 new products, among them Gatorade, Sambazon, Jelly Belly jelly beans, and Tootsie Roll. “She loves kashrus, and she knows how to get companies to be interested in kosher,” says her colleague Rabbi Yisroel Hollander, OU Kosher’s senior rabbinic representative of Europe.

While these are impressive accolades, Koegel, a youthful-looking sixty-something-year-old has higher aspirations. “I’ve got a wish list,” she says. “Pop Tarts, US-made versions of Skittles, Mentos and Doritos [the Israeli versions of these products are kosher].”

Where does her wish list come from? “Consumers,” says Koegel. “We get emails all day long recommending products.” Koegel urges consumers to reach out to manufacturers. “Tell them you would buy their product if it were certified kosher. That goes a long way,” she says.

When she’s not meeting with manufacturers or traveling to food shows in cities across the country and twice a year internationally, Koegel is in her office in downtown Manhattan cold-calling companies. “The goal is to reach the top managerial people who make the decisions,” she says. It’s hard and often frustrating, but through savvy use of LinkedIn, Koegel has learned how to pinpoint the decision makers. “It’s a lot of luck and a lot of persistence,” she says. And, of course, “a heavy dose of siyata d’Shmaya.”

Over the past sixteen years, Koegel has brought in over 2,000 new brands and over 250,000 new products, among them Gatorade, Sambazon, Jelly Belly jelly beans, and Tootsie Roll.

After that comes the task of selling them the benefits of going kosher. “I talk about it as a value-added,” says Koegel. She cites a study conducted by the marketing group Koshertoday.com revealing that kosher consumers spend 45 percent more on food than other consumers. “That’s because they have more kids and serve more meals, especially on Shabbos and holidays,” she explains.

Surprisingly, Orthodox Jews aren’t the only market for OU products. “In the US, halal isn’t widespread, so many Muslim shoppers look for the OU certification for meat and poultry and also for other products,” notes Koegel. Another large group of OU consumers turn to the OU seal as a safety guarantee. “They know there’s an extra set of eyes on OU products,” she says.

For these reasons, as well as the growth of the Orthodox community, the number of companies adopting kosher has been rising steadily. The only child of Holocaust survivors, Koegel, a mother and grandmother, spent most of her career in the food industry. Before joining the OU, she was the show director of Kosherfest, the annual kosher food fair, and helped introduce hummus to US consumers in her role at Sabra.

Although the OU has quite a few women in leadership roles throughout the organization, in the Kosher Division Koegel is one of the few high-level women. “It took a while for people to get used to me,” she says, but she now enjoys cordial relations with the more than fifty rabbis who serve as RCs at the OU Kosher headquarters. “There can be halachic complications in bringing a product under supervision, but I have the benefit of their knowledge.”

So what’s next? “Chobani,” says Koegel. She is presently helping the yogurt giant develop a plant-based line. Also on the horizon are kosher certification of kombucha, a fermented beverage; more keto-friendly foods; and more mushroom-based snack foods.

Koegel is proud that beyond increasing choices for kosher consumers, the OU funnels its profits back into the community by supporting NCSY, its highly successful international youth organization; OU-JLIC, the OU’s campus arm; Yachad, which is dedicated to providing social and emotional opportunities for those in the Jewish community with developmental disabilities; OU Advocacy, its advocacy arm in Washington, and more. “We do so much for the community with these funds. We are responsible for tremendous kiddush Hashem,” she concludes.

Carol Green Ungar is an award-winning writer whose essays have appeared in Tablet, the Jerusalem Post, Ami Magazine, Jewish Action and other publications. She teaches memoir writing and is the author of several children’s books.