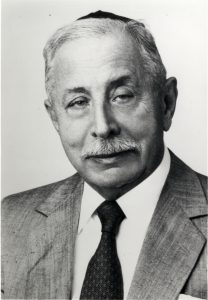 In an era when most American Orthodox leaders were accustomed to focusing their attention within the Orthodox community, Harold M. Jacobs was one of the pioneers of a new model of leadership, demonstrating that it was possible in post-World War II America to proudly maintain a traditional religious lifestyle while actively representing Jewish interests at the highest levels of the secular world.

The son of an immigrant peddler, Jacobs grew up in Williamsburg and was educated at Torah Vodaath high school and St. John’s College, eventually completing a master’s degree in economics at Columbia University. He exhibited a prescient business sense, founding a company to manufacture airplane parts just before World War II created an enormous demand for them, and then manufacturing wooden kitchen cabinets just as the postwar surge of suburban home construction caused a vast expansion of that market.

Jacobs’ business success and subsequent prominence in the Jewish community paved the way for his leadership of a number of Orthodox institutions. In the 1950s, he served on the boards of several major yeshivas and was president of Young Israel of Eastern Parkway and the Crown Heights Yeshiva. The Jewish Press reported that Jacobs was “active in every major and minor Jewish organization in Brooklyn.” Friends nicknamed him “the mayor of Crown Heights.”

Jacobs’ first foray into the realm of shtadlanut was the battle against New York State’s “blue laws,” which endangered the livelihoods of Orthodox Jewish merchants by forcing them to close on Sunday. As chairman of the Joint Committee for a Fair Sabbath Law, Jacobs led delegations of Jewish leaders to Albany to lobby legislators, mobilized Christian allies and utilized his contacts in the Brooklyn branch of the Democratic Party in a years-long campaign that resulted in the elimination of the law.

Harold Jacobs, and other young activists in the emerging class of postwar American Orthodox leaders, forged new paths of influence both in the Jewish community and beyond.

Warming to the role of Jewish spokesman to the wider world, Jacobs chaired the Brooklyn Jewish Community Council in the late 1960s and early 1970s, a time of growing tension between Jews and African Americans in New York City. He spoke out against the anti-Semitism that erupted during the Oceanhill-Brownsville teachers strike, and headed a committee of Brooklyn Jewish leaders seeking to persuade Mayor John Lindsay to reinstate the teachers.

As president of the OU from 1972 to 1978, Jacobs oversaw a major expansion of NCSY’s outreach work, the opening of the OU Israel Center (now the Seymour J. Abrams Orthodox Union Jerusalem World Center) and the Zula Center (now known as Pearl & Harold Jacobs Zula Outreach Center) and an OU program to help Jewish residents relocate from deteriorating inner city neighborhoods. He also brokered a compromise to diffuse controversy within the OU over participation in the Synagogue Council of America. 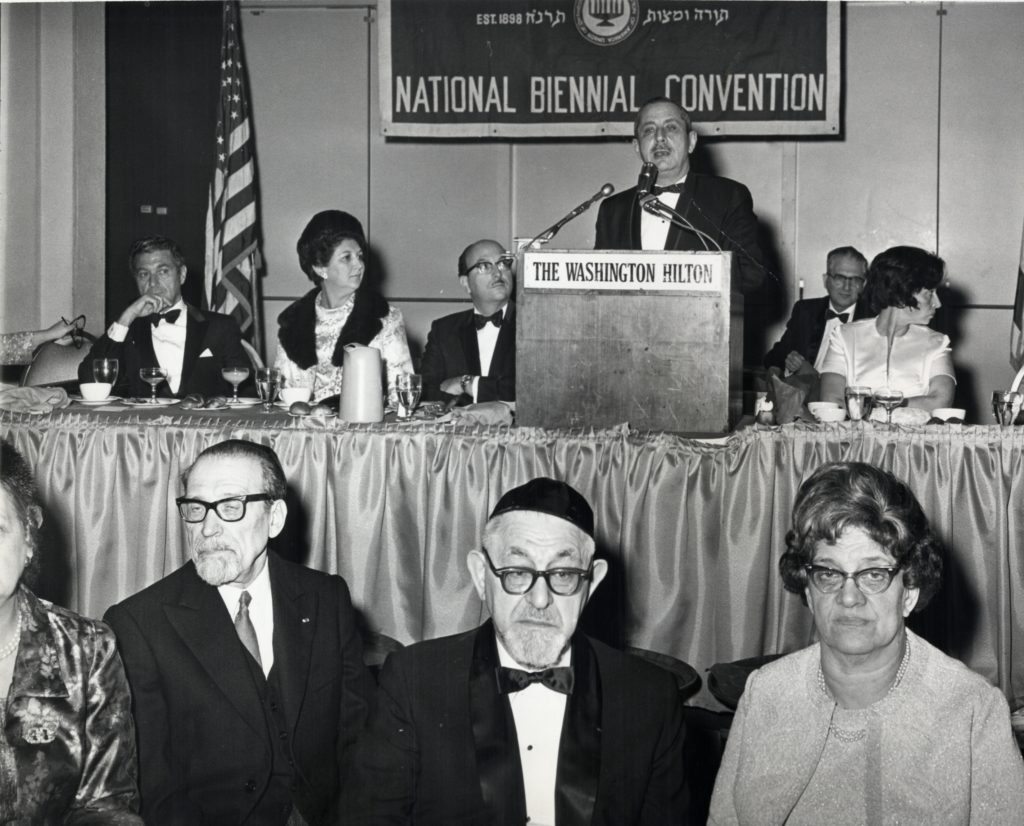 During his term as leader of the OU and later as president of the National Council of Young Israel, Jacobs cultivated relations with local and national political leaders in order to advocate for Jewish concerns. He was particularly active in opposing US pressure on Israel, lobbying against arms sales to belligerent Arab regimes, and combating the influence of anti-Israel elements within the Democratic Party.

At the same time, Jacobs played an increasingly active role in civic affairs, rising to the chairmanship of New York City’s Board of Higher Education in 1976. Jacobs steered the city’s educational system through crises over college admission policies, tuition disputes and campus anti-Semitism.

Harold Jacobs represented a new type of Orthodox shtadlan. The pre-World War II generation of Orthodox leaders, having arrived in the United States relatively recently and still learning America’s ways, had only a limited impact on public policy issues.

Jacobs and other young activists in the emerging class of postwar American Orthodox leaders, however, forged new paths of influence both in the Jewish community and beyond.

Dr. Rafael Medoff is the author of more than twenty books about Jewish history, including Building Orthodox Judaism in America: The Life and Legacy of Harold M. Jacobs(2015). His essay, “Rabbi Meir Bar-Ilan: Forgotten Pioneer of Jewish Activism,” in the fall 2014 issue of Jewish Action, won a Simon Rockower Award from the American Jewish Press Association for Excellence in Jewish Journalism.