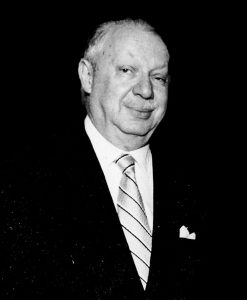 For Irving Bunim, the strength and well-being of the Jewish people was more than just his life’s purpose. “Klal Yisrael was the air he breathed. Not an activity, but his identity,” reflects Rabbi Aaron Kotler, president and CEO of Lakewood’s Beth Medrash Govoha (BMG).

His son, Rabbi Amos Bunim, described the fire in his father’s soul, an energy that fueled Irving Bunim’s outsized efforts as a philanthropist and activist. Most notably, he is remembered for his part in rescuing European Jews from the Holocaust and shaping America’s Orthodox Jewish landscape.

Born in Volozhin, then part of the Russian Empire, Bunim immigrated to New York in 1909 with his family. He became a successful businessman also known for his Ethics from Sinai, a beloved commentary on Pirkei Avos. But it was his partnership with Torah luminary Rav Aharon Kotler as well as his important connections with Washington insiders that advanced his advocacy on behalf of Orthodox Jewry.

Just before they left for America, Bunim’s father, who served as the personal secretary to Rabbi Raphael Shapiro, the famed rosh yeshivah of the Volozhin Yeshiva, took his young son to see the rav. Reb Raphael turned to the nine-year-old and said: “I’m giving you a berachah that you’re going to build Torah in America.” Indeed, Bunim did just that.

Arriving at a time when other Jewish denominations had greater momentum in the US, Bunim developed a quick understanding of the country’s spiritual climate and saw what was necessary to preserve Torah Judaism. He helped grow the Young Israel movement, which subsequently established an Orthodox infrastructure of day schools, mikvaos and shuls with mechitzahs. The movement’s existence proved critical when gedolim came to America from Europe, looking to rebuild their yeshivas in frum communities during and after the Holocaust.

“At one point, the Young Israel movement was struggling and there were those who wanted to join forces with the Conservative movement. My grandfather, who was only in his twenties at that time, realized the risks [of such a merger],” says Mina Glick. “He went to Rabbi Dr. Bernard Revel [president of Yeshiva Rabbeinu Yitzchak Elchanan, which later became Yeshiva University] and asked for his help to prevent this. My grandfather was a ro’eh es hanolad [one who looks ahead].”

Irving Bunim was larger than life, a galvanizing figure because his motivation was always pure. He had no ego.

As a leader of the Vaad Hatzalah, the emergency rescue committee established by the Union of Orthodox Rabbis of the United States and Canada (Agudath Harabbanim) in November 1939, Bunim was a key player in the resettlement of hundreds of European rashei yeshivah and their talmidim from Soviet and Nazi-occupied territories. Among those who came to America were Rav Aharon Kotler of Kletzk. He and Bunim became close friends and partners in providing for tzarchei tzibbur.

Rabbi Kotler, Rav Kotler’s grandson, remembers them as a “relentless pair, their tasks Herculean, always working together.” He adds, “Irving Bunim was larger than life, a galvanizing figure because his motivation was always pure. He had no ego.”

Rav Kotler relied completely on Bunim to execute their plans. Bunim, who Rabbi Kotler notes was “mevatel to da’as Torah in all he did,” took up the gauntlet for each cause. A passionate speaker and force of nature, he raised funds for the Vaad’s rescue efforts, and later, for relief supplies to keep refugee Torah scholars in Shanghai and Soviet Central Asia alive during the war. He also publicized Nazi atrocities to bring general awareness and to soften the hearts of officials who remained indifferent to the plight of European Jews.

Bunim and his Vaad colleagues worked tirelessly, providing financial affidavits while lobbying the White House to increase US immigration quotas and the State Department for visas. In one well-known episode, Bunim drove off on a Shabbos afternoon in a cab with several prominent rabbanim to Brooklyn, where they raised the funds required for the Mir Yeshiva’s escape from Soviet territory.

After America entered the war, Rav Kotler and Bunim petitioned David K. Niles, a Jewish advisor to President Roosevelt, to prevent the Nazis from deporting American Jewish POWs to concentration camps. The two boarded a train, Rav Kotler with a burning fever, to meet him. Niles contacted General Eisenhower, then supreme commander of the Allied Forces in Europe, who threatened retribution against Germany after the war—a ploy that proved successful. 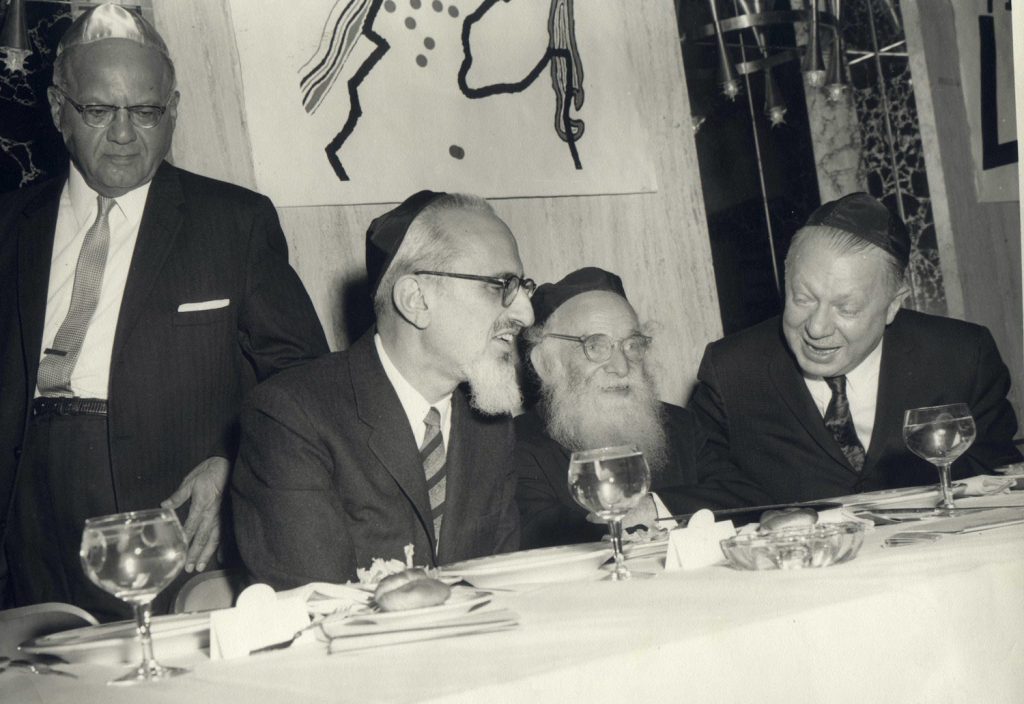 Bunim also devoted himself to securing the future of the klal, becoming a champion of Jewish education. In addition to his partnership with Rav Kotler in establishing BMG in Lakewood, Bunim was instrumental in the creation of Chinuch Atzmai, Israel’s independent Torah elementary school system, as well as Torah Umesorah and the Rabbi Jacob Joseph School. He supported numerous other religious institutions, including Yeshiva University.

An outspoken Zionist, Bunim aligned with Zabotinsky’s Revisionist Zionist movement, and Chana Rubin Ausubel recalls that her father “revered Zabotinsky’s memory.” Bunim secured donations for the Betar paramilitary group following the 1929 Hebron massacre and organized a 1947 rally at Madison Square Garden to secure funding for ammunition in preparation for the War of Independence.

Rabbi Kotler remembers being moved, even as a child, while watching Bunim daven in his grandfather’s yeshivah on Yom Kippur. “He had tremendous kavanah that revealed a close personal relationship with Hakadosh Baruch Hu. It was at the heart of everything he did.”

So, too, was Bunim’s ahavas Yisrael. Glick recalls that during the seventies and eighties before her grandfather would start the Pesach Seder, he would remind his family around the table of their brothers and sisters locked behind the Iron Curtain. “These Jews do not have the opportunity to celebrate a Seder,” he would say, tears rolling down his cheeks.

When Irving Bunim passed away in December 1980, Rav Moshe Feinstein declared his death an aveilus d’rabim, a loss for the entire klal. But the fire in Bunim’s soul still burns strong today in the legacy he left behind.

Merri Ukraincik has written for the Forward, the New York Jewish Week, Hevria, the Wisdom Daily, Tablet and other publications, including Jewish Action. She is the author of I Live. Send Help, a history of the Joint Distribution Committee.