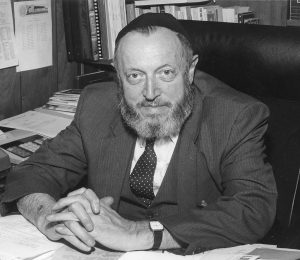 In the heart of Baltimore’s Jewish community sits an exquisite shul reminiscent of an ancient Persian palace. The 20,000-square-foot, three-story building is home to Ohr Hamizrach, an Orthodox, Sephardic-Iranian congregation and vibrant community center. Founded in 1981, the shul is dedicated to the memory of Rabbi Herman Naftali Neuberger, a man without whom the congregation—and the community—might never have existed.

The story of how an Ashkenazi refugee from Bavaria came to save hundreds of Persian Jews following the Iranian Revolution is intriguing. Born in 1918 in the small northern town of Hassfurt, Rabbi Neuberger traveled to Poland as a teen to study at the Mir Yeshiva. “He went to Mir as a German bachur who could barely learn Gemara,” says his grandson Rabbi Boruch Neuberger. “They worked with him along with many other German bachurim—which was not the norm—and . . . they changed his life. He saw that as a life lesson: that people have to think beyond their own daled amos, their own sphere. There’s a greater Klal Yisrael and there’s a greater cause, and we have that achrayus.”

In 1938, as the scourge of anti-Semitism intensified in Eastern Europe, an American relative helped Rabbi Neuberger flee to New York. Decades later, Rabbi Neuberger would pay the chesed forward in droves. But first he would help establish Ner Yisroel Rabbinical College, one of North America’s most preeminent yeshivos.

Shortly after his arrival to the US, the young Rabbi Neuberger visited Baltimore and stopped by Ner Yisroel. Founded in 1933, the fledgling yeshivah had under forty talmidim at the time. He nevertheless decided to enroll. Within days, he was handed a key to the administrative office—a privilege that roused the envy of some of his peers who were unaware that he was actually working in the office between sedarim and at night to arrange European Jews’ immigration to America. In 1940, the rosh yeshivah, Rabbi Yaakov Yitzchok Ruderman, asked Rabbi Neuberger to become Ner Yisroel’s official fundraiser and administrator.

I distinctly remember two [Pesach] Sedarim where my grandfather was not at the table. He was in his study on the phone dealing with issues of pikuach nefesh.

For more than six decades, Rabbi Neuberger, as the esteemed president and executive director of Ner Yisroel, fully immersed himself in its advancement. His rapport with developers, vice presidents of financial institutions, and Jewish Federation leaders enabled him to secure funding for two state-of-the-art campuses—the first on Garrison Boulevard in 1941 and the second in 1964 on Mount Wilson Lane, Ner Yisroel’s current home.

In 1956, he and Rabbi Yaakov Weinberg co-founded a mechinah program for high school students. They also launched the Association of Advanced Rabbinical and Talmudic Schools (AARTS), a national body that accredits affiliated yeshivos as institutions of higher education. Rabbi Neuberger frequently collaborated with the OU, and Ner Yisroel hosted the popular “NCSY Goes to Yeshiva” summer program for Jewish teens (which later became Camp NCSY Sports) for many years. Thanks to Rabbi Neuberger’s vision and dedication, Ner Yisroel flourished.

“We [his grandchildren] got to see firsthand how involved my grandfather was,” says Rabbi Boruch, “not just . . . in carrying the financial responsibility of the yeshivah but in spending so much of his time involved in Klal Yisrael’s personal needs, always quietly behind the scenes, moving and shaking and making things happen. We took it for granted that this was who he was.” Renowned for his tremendous gemilus chasadim, he treated everyone like family and eagerly helped them resolve myriad issues through advocacy and mediation at any hour. “I distinctly remember two [Pesach] Sedarim where my grandfather was not at the table,” recalls Rabbi Boruch. “He was in his study on the phone dealing with issues of pikuach nefesh. My father ran the Seder, and my grandpa’s chair remained empty.” 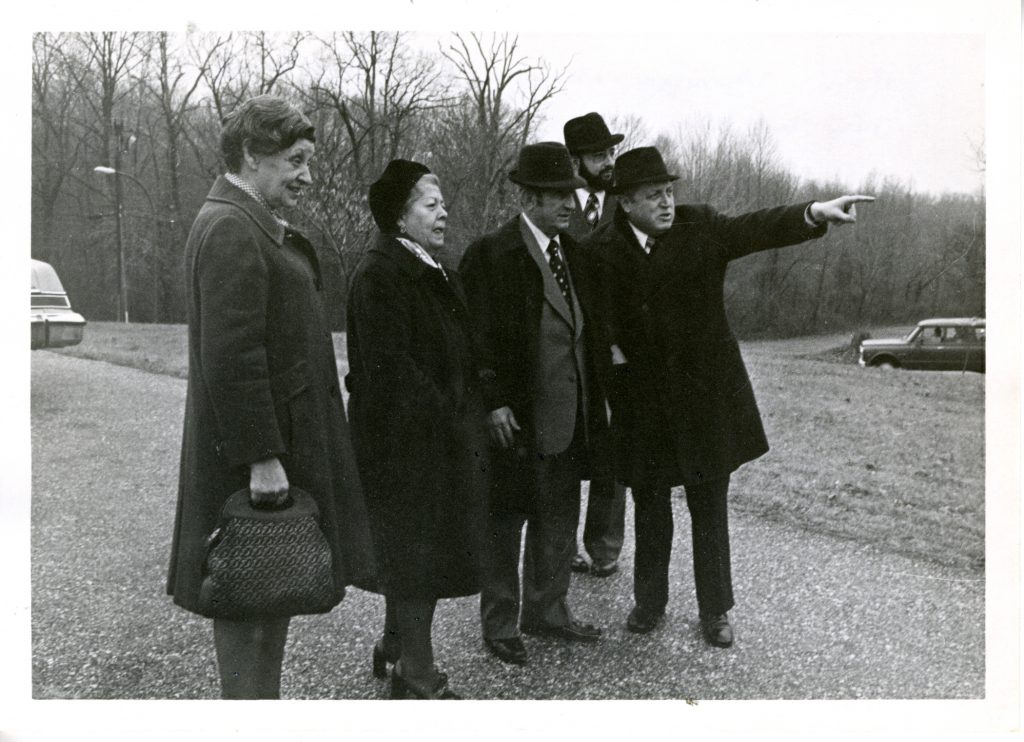 Community and political leaders admired and respected Rabbi Neuberger and regularly sought his counsel. One such politician was former Maryland Senator Barbara Mikulski, who referred to Rabbi Neuberger as “a giant among men.” Rabbi Neuberger’s commitment to bridge-building both within and beyond the Jewish community was exemplary, and his influence was widespread. Among his notable connections was Baltimore’s Archbishop, Cardinal William H. Keeler, who collaborated with Rabbi Neuberger to lobby the government on issues of joint concern to their communities.

In 1953, the Shah took power in Iran. Upon discovering that religious schools were being utilized by radical Muslim clerics to preach resistance, the Shah significantly restricted the hours of religious instruction. Jewish Iranian leaders sought Rabbi Neuberger’s assistance to help the country’s roughly 80,000 Jews. Rabbi Neuberger brought a small group of boys back to Ner Yisroel (where many studied tuition-free), with the intent of sending them back once they had completed their studies.

But when Ayatollah Khomeini gained power in 1979, Jewish life in Iran became increasingly repressive. In 1983, Rabbi Neuberger and Agudath Israel of America Chairman Rabbi Moshe Sherer persuaded the US State Department to allow Iranian Jews to seek asylum as political refugees. Rabbi Neuberger helped nearly 1,000 Persian Jews immigrate to Baltimore, including teenage girls who were taken in by local families. “Rabbi Neuberger considered us his children,” says Ohr Hamizrach’s Rabbi Reuben Arieh. “He took our boys into the yeshivah without asking for payment, and helped us with food and immigration. In his zechut, these Ner Yisroel alumni are teaching Torah in Atlanta, Los Angeles, and around the world.”

Today, sixteen years after his passing, Rabbi Neuberger’s legacy endures and his light continues to shine. “How many people can say that they, together with a very small group, literally saved a whole chelek of Klal Yisrael?” says Rabbi Boruch. “And he not only saved them, but he gave them the ability to regrow their roots here in America . . . If you look across the US, every community that has a significant Persian kehillah is led by Ner Yisroel talmidim.”

“My grandfather, together with Rav Ruderman, had this incredible vision to create an outstanding yeshivah and put it on the international map,” says Rabbi Boruch. “He created a campus environment that exists almost nowhere else in the world. At the same time, he never lost his ability to impact both the city of Baltimore and the world beyond the yeshivah’s walls.”