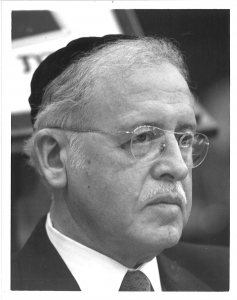 Mike Tress’s passion brought Agudath Israel of America into existence; his cousin Rabbi Moshe Sherer’s strategic acumen, administrative savvy, and unrivalled people skills forged Agudath Israel into a large, highly effective organization. Under Mike, Agudah hurtled from one life-and-death crisis to another—the wartime rescue work, supplying the needs of the survivors after the war and settling them up in America and Israel, and doing the same for refugees from Hungary in 1956—at a time when the Orthodox community lacked almost any financial resources.

As soon as Rabbi Sherer cleared away the accumulated debts of over a quarter century, he set out to realize a long-term vision of building an independent Orthodoxy that would speak for itself to the public and in the halls of power.

He played a lead role in gathering Orthodox legal talent under the aegis of COLPA (Commission on Law and Public Affairs) to battle the American Jewish Congress on issues such as aid to parochial schools. In a 1960 letter to Telshe Rosh Yeshivah Rav Mordechai Gifter, he lamented Agudah’s lack of an organ to speak to the masses. And his first concrete goal upon assuming the helm of Agudath Israel was the creation of a first-class magazine of ideas, The Jewish Observer.

In the mid-1970s, he spearheaded the creation of the South Brooklyn Community Organization to prevent the decline of Boro Park, as had previously happened to Crown Heights. That multi-year project required funding from the Ford Foundation, the US government, and private businesses and individuals with a stake in Boro Park. Richard Schifter, a leading housing attorney, wrote off three million dollars in fees to SBCO. (Later, as a senior State Department official, Schifter played a major role in rescuing both Iranian Jews and those from the former Soviet Union.)

The creation of AARTS, an accrediting agency that made possible large-scale federal funding for post-high school yeshivos, was a nine-year project for Rabbi Sherer. It only came to fruition because at every turn the Department of Education official in charge of accreditation, Dr. John Proffitt, waived or interpreted bureaucratic requirements in favor of AARTS. At the end of the project, Proffitt wrote Rabbi Sherer to express how much he prized his friendship and of his regard for Rabbi Sherer “as one of the small group of superior persons I have come to know.” 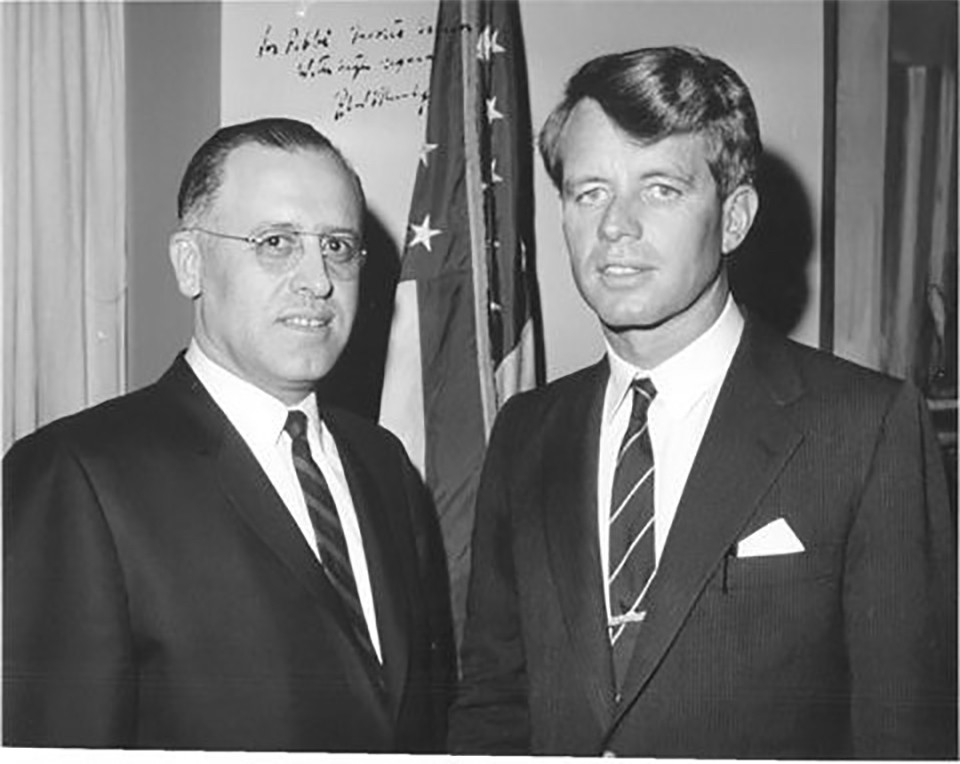 Rabbi Sherer cultivated a vast array of politicians, senior bureaucrats in both Albany and DC, as well as young legislative and administrative aides. Many of the latter on whom Rabbi Sherer lavished attention in their younger years went on to senior positions later in their careers.

The amount of thought he put into those relationship astounds. Before the recently widowed Hugh Carey was sworn in for his first term as governor of New York, Rabbi Sherer sent him a list of officials in Albany with children of the same ages as the Carey children, and who lived close to the governor’s mansion. But he treated the janitor and receptionist in the building housing the Agudah offices with the same respect and concern. Every encounter with a non-religious Jew or a gentile was, in his eyes, an opportunity for kiddush Hashem.

He became, in time, the most respected and effective leader of American Orthodoxy. Then Vice President Al Gore Jr. put it well at an abbreviated Agudah dinner just hours after Rabbi Sherer’s passing. Eulogizing Rabbi Sherer, Gore urged his listeners not to think just of how far they had come since 1941, when Rabbi Sherer joined the Agudah, but of “how far Rabbi Sherer himself brought us.”