Each person is unique, but most at least fall into certain broad categories and possess traits similar to others. Not so, Zev Wolfson. He was absolutely sui generis.

Between the early 1990s and Zev’s petirah in 2012, Keren Wolfson regularly gave away close to fifty million dollars a year in Israel, and sums in the tens of the millions elsewhere around the globe. And even those amounts paled in comparison to the monies he raised from various governments over the preceding three and a half decades.

If one word can capture him, it is relentless. Once he had identified his goal, he barely saw anything between him and that goal. On one of his first lobbying trips to Washington DC, he instructed his friend Amos Bunim to distract the secretary who had denied him access to a particular senator, while Zev vaulted over the office partition, at the risk of arrest, and into the startled senator’s office to plead his case.

It was Rav Aharon Kotler who first recognized that the chutzpah of the red-haired young businessman—who had arrived in America as a seventeen-year-old, penniless immigrant, after spending the war years in Kazakhstan—could be utilized on behalf of Klal Yisrael. Rav Aharon once sent him to Israel with a letter of introduction to the leaders of Chinuch Atzmai, which stated simply, “He gets things done no one else can.”

Then Israeli Finance Minister Levi Eshkol, on a trip to America to plead the fledgling state’s case for American aid, was shocked to be asked repeated questions about Chinuch Atzmai by the senators on the Foreign Relations Committee, though none could come close to pronouncing the organization’s name. But Eshkol got the point: More favorable treatment of Chinuch Atzmai by the Israeli government would bolster Israel’s case for American aid.

Asked by a senior official at Morgan Stanley how he had made his money, he answered without hesitation, “God gave it to me.”

Eshkol may have left DC muttering on that occasion, but he and subsequent finance ministers had reason to be profoundly grateful to Wolfson. A former senior Treasury official once told me that when the economic history of Israel is written, Zev Wolfson will be one of the three seminal figures, along with Prime Minister David Ben-Gurion and long-time Finance Minister Pinchas Sapir. Again and again, Wolfson was able to use his connections in the Senate Foreign Affairs Committee, chiefly with Senator Daniel Inouye (D-Hawaii), to save Israel billions of dollars.

In 1985, at a time of hyperinflation in Israel, Wolfson shepherded through Congress an appropriations bill that permitted Israel to refinance existing loans by prepaying the existing loans and taking new ones, with US loan guarantees, at much lower interest rates, thereby saving Israel hundreds of millions of dollars. In 1989, when Israel was desperate for funds to finance the absorption of hundreds of thousands of refugees from the Former Soviet Union, Wolfson played a major role in securing tens of billions of dollars in US government loan guarantees.

During the 1991 Gulf War, Wolfson invited Senator Inouye out on his boat. Israel was being pounded by Iraqi Scuds, and Wolfson wondered aloud whether there wasn’t anything in the American arsenal that could protect against them. Inouye told him about the Patriot missile and speculated that Israel must not have asked for them. Wolfson immediately called his friend, Defense Minister Yitzchak Rabin, to relay the message. The next day’s New York Times reported that the Patriots were on their way. 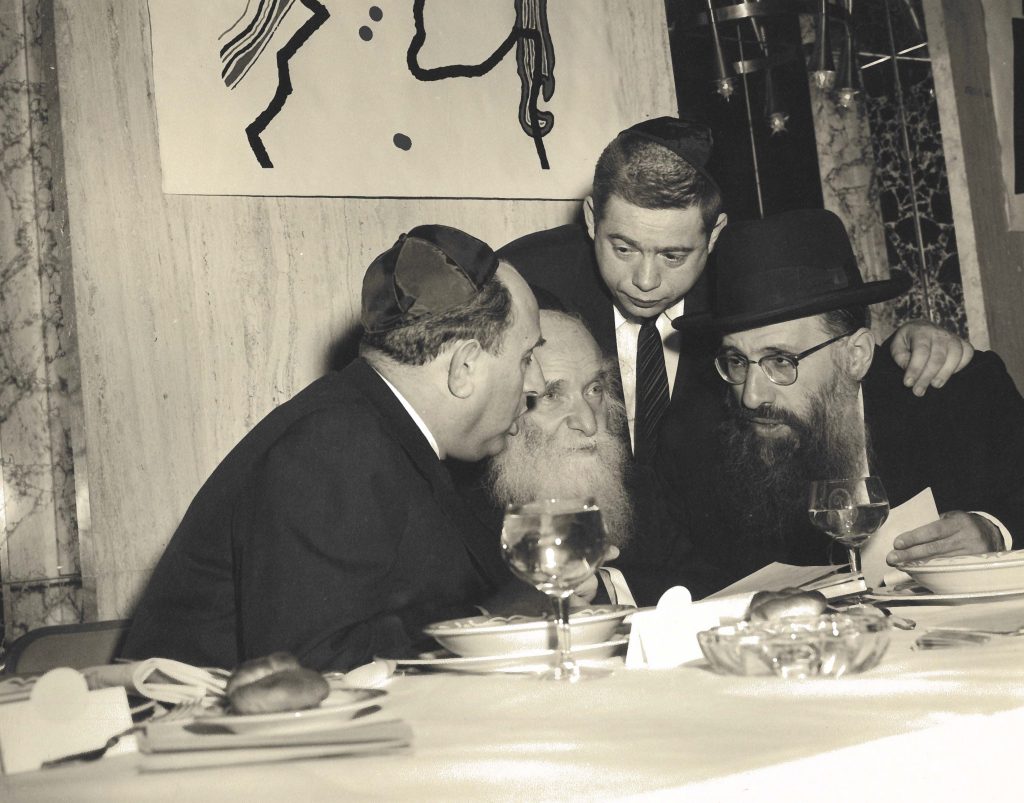 For decades, there was a “Seif Wolfson” in the Israeli budget, in gratitude for Wolfson’s immense services to Israel, all rendered behind the scenes and without any publicity. Monies from that budget went to finance religious schools in France (for which Wolfson had secured the land from President Jacques Chirac), kiruv activities in Russia, and a network of residential religious dormitory schools in Israel for children from disadvantaged backgrounds. All based on Wolfson’s early recognition that governments have much more money to give out than individuals.

When new transparency rules rendered Wolfson’s means of directing funds to religious institutions no longer viable, he simply began donating himself on a scale unprecedented in Jewish history.

Asked by a senior official at Morgan Stanley how he had made his money, he answered without hesitation, “God gave it to me.” And based on that recognition, he and his descendants after him gave prodigiously.