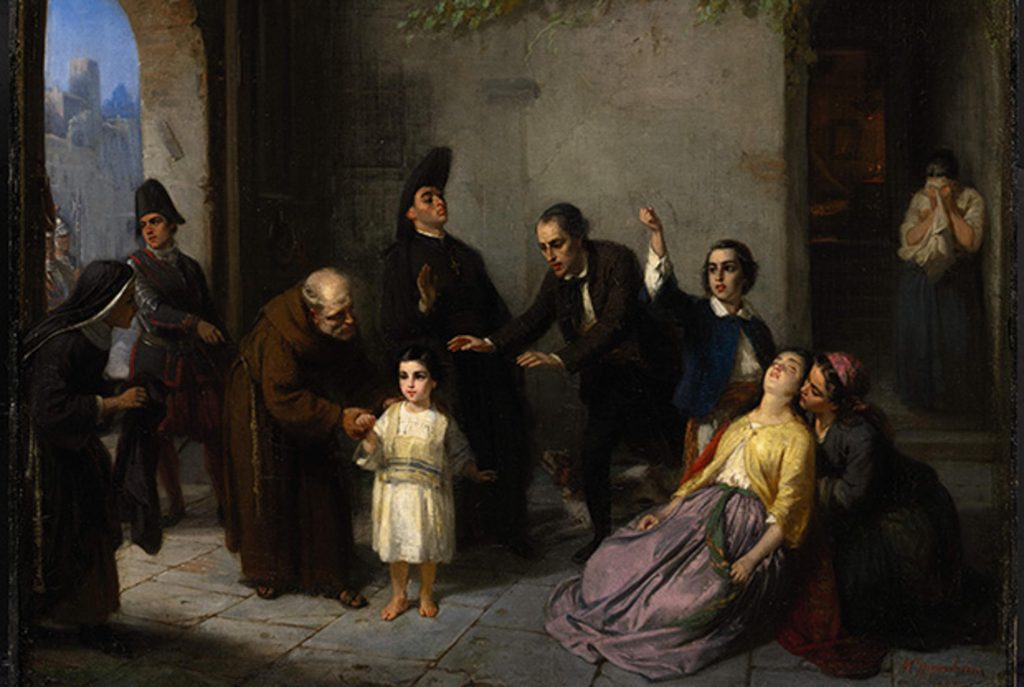 The Kidnapping of Edgardo Mortara by Moritz Daniel Oppenheim, 1862. The painting depicts the Italian Jewish boy who was seized by the Church to be raised as a Catholic. His mother is seen here fainting from distress. Illustration: Alamy Stock Photo

Jewish Action writer Faigy Grunfeld discusses the role of the shtadlan throughout Jewish history with Dr. Henry Abramson. The academic dean of Touro’s Lander College of Arts and Sciences, Dr. Abramson holds a PhD in history from the University of Toronto and is a specialist in Jewish history and thought.

Faigy Grunfeld: Let’s start with a definition of shtadlanut. Can you give us a brief historical overview of the concept?

Dr. Henry Abramson: The term shtadlanut (from the Hebrew lehishtadel, to attempt, to try) is often translated as “intercession” and refers to efforts expended by a well-connected Jewish figure to influence public policy on behalf of the larger Jewish community. The earliest historical reference to the term shtadlan in this context comes from thirteenth-century Spain, but the phenomenon dates back to antiquity. It is certainly a phenomenon most closely related to the minority status of Jewish populations in pre-democratic societies, although in our times the concept of a “lobbyist” comes close.

A shtadlan was especially valuable in societies governed by capricious rulers seeking financial support for various undertakings, such as foreign wars, who had to contend with rival power sources like the Church or an emerging noble class. The shtadlan, typically a charismatic, wealthy individual with strong skills as a culture-broker, advocated for the protection and advancement of the larger Jewish community with a combination of smooth talk and the promise of financial reward through general expansion of the economy, or even direct financial reward (“contributions,” i.e., bribes).

The last two millennia have amply demonstrated that Jews cannot simply rely on the benevolence of host populations. Shtadlanut emerged as an effective communal tool, one of the many tactics that allowed for the miraculous survival of the Jewish people in often very hostile cultural environments.

The strategy of shtadlanut is not perfect, and it has proven less valuable at certain times—the Nazis, for example, were almost impervious to the efforts of shtadlanut—but in a modified form it still plays a valuable role anywhere that Jews are a minority.

FG: Where do you see shtadlanut originating? Does the reish galuta [exilarch, or head of the Jews in exile] in ancient Babylon loosely encompass the idea of a shtadlan? What about the medieval parnas?

DHA: The earliest Biblical precedent might be someone like Yosef Hatzaddik, whose elevation to power by the Egyptian pharaoh afforded him the authority to protect the migrant Hebrews in the land of Goshen. We see similar patterns expressed in the careers of other Diaspora figures like Daniel and Esther, whose intercession on behalf of the Jewish community was directly salvific and celebrated for centuries afterward.

In the post-Biblical period, several distinct types of shtadlanim emerged: some, as you correctly identify, were the duly appointed leaders of the organized Jewish community, such as the reish galuta in Sasanian Persia, the Geonim of the great Talmudic yeshivot, or the parnasim of medieval kehillot. Other shtadlanim were appointed as representatives of the community because they possessed unique communication skills that enabled them to present the Jewish cause to a very foreign audience. These individuals sometimes availed themselves of cultural concessions to improve their effectiveness—the Talmud, for example, describes how one Avtolemos ben Reuven was allowed to sport an otherwise forbidden hairstyle because of his interactions with the Roman government (Bava Kamma 83a).

FG: Shtadlanut can be a dangerous enterprise and can have a negative impact on Jewish-on-Jewish relations (creating internal community conflict) and Jewish-non-Jewish dynamics (giving rise to anti-Semitism, accusations of Jews controlling political leaders, et cetera). What are your thoughts about this? Do any historical examples come to mind?

DHA: Historically, shtadlanim faced an unenviable number of challenges, perhaps from their client communities as much as from the rulers they hoped to influence. When their efforts were successful, they were exposed to the dangerous charge of having too much power, which may have grated on popular sensibilities, the ego of the king or prevailing ruler at the time, or both. One notorious example of a Jew who reached a high level of authority as a financier was Joseph Oppenheimer (Süss). A German Jewish banker and court Jews for Duke Karl Alexander of   Württemberg in Stuttgart in the 1700s, Oppenheimer was arrested on the very day that the Duke of Württemberg died, demonstrating the fragility of his erstwhile relationship, which had been both close and productive. Charged falsely with treason and embezzlement, Oppenheimer refused to save his own life through baptism. With the Shema on his lips, he was executed in 1738, and his corpse was displayed in an iron cage.

At the same time, Jewish communities sometimes repudiated their own shtadlanim for authorizing onerous concessions or failing to protect them in time of need. Sir Moses Montefiore (1784-1885) was widely regarded as an international hero among Jews for his efforts in saving Damascus Jews during a blood libel, the Damascus Affair of 1840, but his failure to rescue Edgardo Mortara, a six-year-old Italian Jewish boy seized by the Church and raised as a Catholic, diminished his profile significantly.*

FG: Despite the occasions when advocacy backfires, does it generally pay off?

DHA: Absolutely! A well-placed word to people in positions of authority has saved innumerable Jewish communities from persecution and even destruction. This is truer for pre-modern times, when the concept of popular sovereignty had yet to penetrate the overall population, but with the development of modern legal guardrails and mandated transparency regulations, shtadlanut is standard operating procedure in democratic societies. Now we use terms like “advocacy,” which is entirely appropriate; in the United States, it is normal for people in any demographic—from labor to farm workers to various industries—to organize themselves and hire advocates to represent their interests to lawmakers. The OU Advocacy Center, for example, describes its mission as “engag[ing] leaders at all levels of government as well as the broader public to promote and protect the Orthodox Jewish community’s interests and values in the public policy arena.” 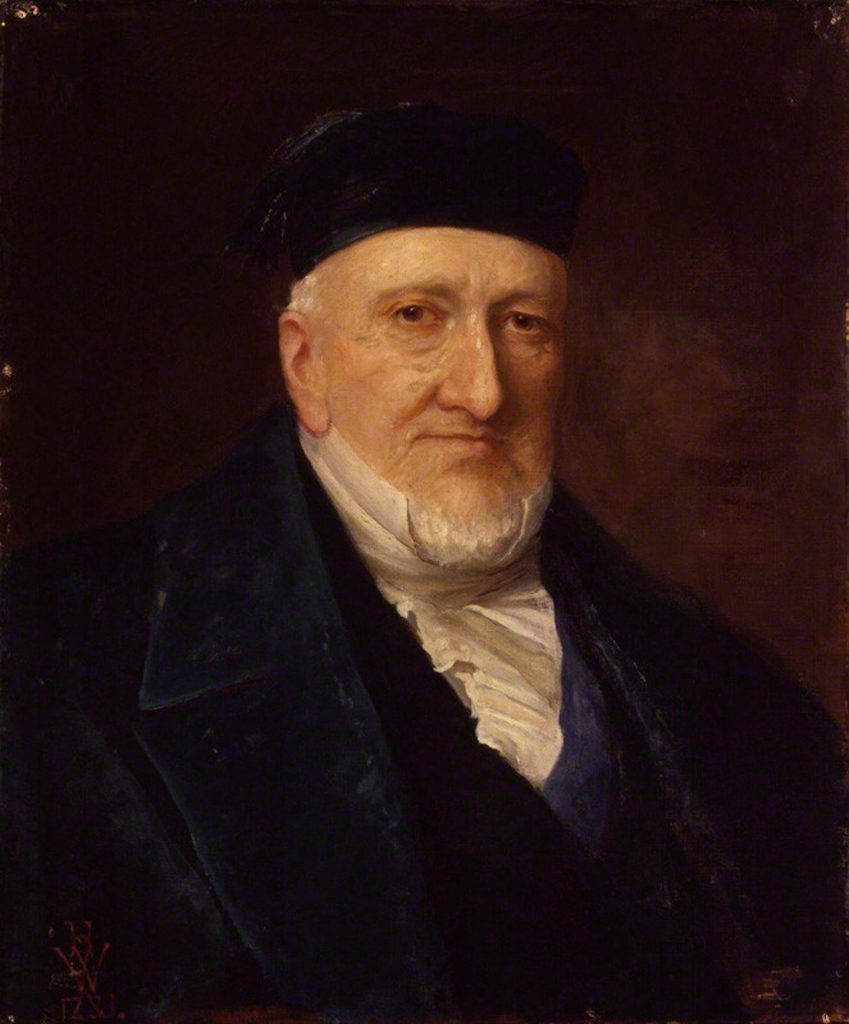 Oil portrait of Moses Montefiore by Henry Weigal, 1881. Montefiore was widely regarded as an international hero among Jews for his efforts in saving Damascus Jews during a blood libel. Illustration: Alamy Stock Photo

FG: What does shtadlanut look like in the twenty-first century? How has it evolved over the past eighty years or so?

DHA: Notable in the mission statement cited above is the additional element of advocating to “the broader public.” The big change in shtadlanut in the modern era is the recognition that the twentieth century requires Jews to explain themselves not only to those who hold power, but to the world as a whole. This is especially true in the age of the Internet, as globalization has increased dramatically and as power, in many ways, has become far more diffuse than ever before. At the turn of the twentieth century, the notoriously anti-Semitic Viennese leader Karl Lüger could silence critics who took him to task for responding positively to shtadlanut by saying, “I’ll be the one who decides who is a Jew.” Jewish communities today cannot safely rely on shtadlanim effecting back-room deals as they might have done in the medieval era. Advocacy requires a firm commitment to ethical conduct in a political world that does not always value anything other than expediency, profit and power.

With the establishment of the State of Israel, shtadlanut took on an entirely new level, advocating for Jews around the world, such as Golda Meir’s remarkable role as an official of Israel in the former Soviet Union in 1948, or Jewish officials advocating for Ethiopian Jewry leading up to Operation Moses.

FG: Finally, are there any women who filled this role in their communities?

DHA: Historically, women have rarely played the role of official shtadlanim, as they have seldom been recognized as communal leaders. Exceptions to the rule were women who were connected to powerful men, such as Queen Helena of Adiabene, a region in what was once Assyria. A first-century convert to Judaism, she leveraged her position in the royal house to shape foreign aid to Jewish communities in the Land of Israel. Two other fascinating examples would be Dona Gracia Nasi and Benvenida Abravanel, two unusually powerful women in the sixteenth century who utilized their wealth and family standing to persuade various countries to open up cities of refuge for the recently expelled Jews of Spain and Portugal. Gracia Nasi in particular asserted her leadership by organizing a boycott of the port of Ancona after Pope Paul IV cruelly burned twenty-five Jews at the stake.

Since the nineteenth century, there has been an explosion of women’s involvement in shtadlanut [secular women], at first in terms of specifically women’s issues, like Bertha Pappenheim’s heroic attack on human trafficking in the early twentieth century, and increasingly as advocates for Jews as a whole.

* Editor’s note: In 1858, officers of the Inquisition arrived at the Mortara residence, a Jewish family in Bologna, Italy, and took Edgardo, their young child. Edgardo had been secretly baptized when he was a baby by the family nanny, who was Catholic. According to papal law, the child was considered a Catholic who must be educated by the Church. The “Mortara case” spurred a wave of protests, with pressure from Europe and the US on Pius IX to return the child. He refused. Edgardo eventually became a priest, but the kidnapping, which became an international scandal, set in motion far-reaching political ramifications.

Faigy Grunfeld teaches English and history. She lives in Detroit, Michigan, with her family.