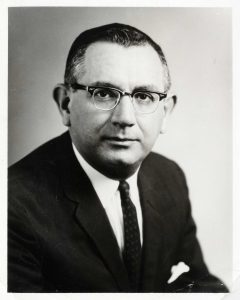 In 1988 Rabbi Dr. Israel Miller faced some hardball questions from the hardest thrower in US journalism, which he treated as softball tosses. In a 60 Minutes interview, correspondent Mike Wallace, not always regarded as favorable to Jewish or Israeli issues, confronted Rabbi Miller, a vice president of the pro-Israel AIPAC lobbying organization, with documents that purportedly showed that AIPAC had illegally urged financial support for some political candidates.

Without blinking, the rabbi discounted, accurately, the documents as not representing AIPAC. Then he explained the then-wide support of US Jews for a strong Israel, some four decades after the end of the Holocaust. “Had you and I been in certain parts of Europe, we would have walked to Auschwitz together,” Rabbi Miller told Wallace, who was born Myron Wallace in a Jewish family in Boston.

Wallace, not generally known to be part of the Jewish community, also did not blink.

Rabbi Miller, a graduate and ordainee of Yeshiva University who during his career dealt with presidents and prime ministers, had subtly made his point. Later that day he described the interview to his family. “My father outed Mike Wallace as being Jewish,” says Rabbi Michael Miller, executive vice president emeritus of New York City’s Jewish Community Relations Council (JCRC), who followed his father into Jewish communal advocacy activities.

“Dad was certain,” Rabbi Michael says, that the “outing” part of the interview “would end up on the cutting room floor,” not part of the report aired on CBS.

No prophet (that part of the interview did air), Rabbi Miller was an advocate for several Jewish causes over a half-century career, serving as a pulpit rabbi in the Bronx before joining YU as senior vice president in 1979.

The rabbi played an active role as a volunteer, often as the public face and voice of the Jewish community, on behalf of the JCRC, Holocaust survivors, Soviet Jews and other causes, as well as several Orthodox and Zionist organizations.

“There was a verse he would invoke in the family, ‘Netzach Yisrael lo yeshaker, the glory of Yisrael is not a falsehood’” [1 Samuel 15:29], his son says. Rabbi Miller translated netzach as “destiny.” “He did everything in his power,” Rabbi Michael says, “to ensure the netzach Yisrael.”

Rabbi Miller played an active role as a volunteer, often as the public face and voice of the Jewish community, on behalf of the JCRC, Holocaust survivors, Soviet Jews and other causes, as well as several Orthodox and Zionist organizations.

“The Jewish community was fortunate to have such a wonderful person like Rabbi Miller” as its representative, says Charles Rangel (D-NY), who as a member of the House of Representatives for forty-six years, frequently dealt with Rabbi Miller. He called the rabbi “a credit to the Jewish people. You never felt you were different from him,” even if you were a member of a different religion.

“It wasn’t lofty rhetoric. He knew what to say and when to say it,” Rabbi Michael says. He adds that his father’s soft-spoken yet tough personality (“he was tough when he needed to be tough,”) along with his chairmanship of the Conference of Presidents of Major American Jewish Organizations, a consensus body, made him into an effective advocate of Jewish interests. “People wanted to talk with him, they sought his advice.”

Most impressively, for two decades he served as president of the Conference on Jewish Material Claims Against Germany (“the Claims Conference”), the designated representative of the Jewish community to negotiate for and disburse funds to individuals and organizations. Rabbi Miller’s negotiations with German and other European governmental offices resulted in historic compensation and restitution agreements, which led to the payment of some $2 billion (in today’s dollars) to more than 400,000 Jewish Holocaust survivors in over sixty countries. 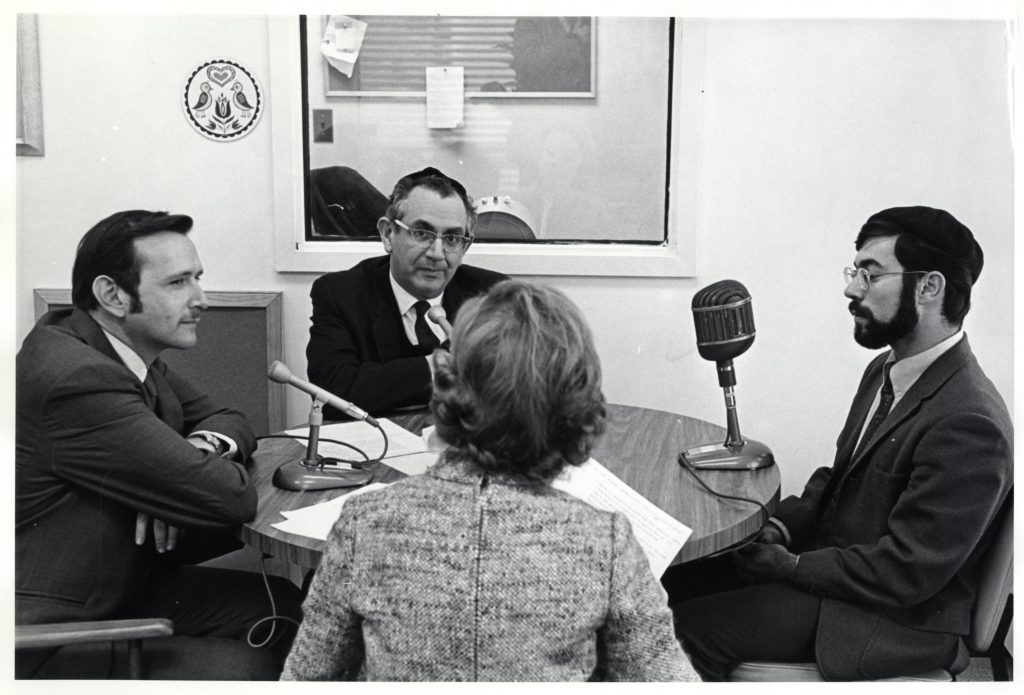 Gideon Taylor, the new executive vice president of the JCRC who had previously served in that position at the Claims Conference, calls Rabbi Miller “a giant . . . one of those unsung heroes.”

“He was a uniter,” who worked with Saul Kagan, executive vice president of the Claims Conference, to arrange expanded pensions for Holocaust survivors from reunified Germany. “Tens of thousands of people got pensions” because of Rabbi Miller’s work, Taylor says. “This for him was an obligation of the Jewish people. This was the essence of Jewish leadership.”

In addition, Rabbi Miller sought the return of Jewish property stolen during the Holocaust, the sale of which amounted to some $500 million, which was subsequently used to fund organizations assisting destitute Holocaust survivors.

“He infused Torah teaching into what he did, it was the core of his beliefs,” Taylor says. “When he spoke, everyone listened.”

Rabbi Michael says he met Mike Wallace several years ago at a Jewish community event, and introduced himself as Rabbi Israel Miller’s son; maybe the journalist would have an unpleasant memory of his public outing as a Jew by the rabbi, Rabbi Michael thought.

On the contrary. “That was one of the best interviews I ever did,” the journalist told him.