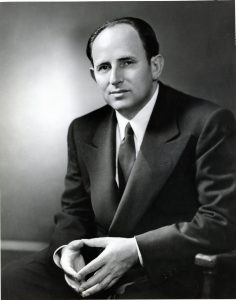 In 1938, after the Anschluss, the annexation of Austria into Nazi Germany, Stephen Klein fled Austria and settled in New York. Having been in the chocolate business in Vienna, in New York he founded Barton’s Candy Corporation (initially known as Barton’s Bonbonniere), which produced deluxe kosher chocolate. Almost unheard of at the time, Barton’s, a major retail company with more than several dozen stores, was closed for Shabbos and Jewish holidays. (By the time Klein passed away in 1978, the company had gone public with 3,000 stores across the country.) Furthermore, Barton’s proudly listed Sabbath candle lighting times in the New York Times and other major newspapers. Klein, as a recently arrived refugee, demonstrated that even in America, economic success does not preclude commitment to Torah observance. Almost single-handedly, he had begun to change the American Jewish narrative.

Hearing of Nazi attacks on Jews in Vienna and other European countries, Klein devoted great efforts to securing visas and sponsorships for family members and friends desperately seeking emigration. He joined the Vaad Hatzalah and became one of its major activists. He provided financial support, raised funds and used his business connections to open doors to government leaders. With the arrival of Rav Aharon Kotler to New York in 1941, Klein became the rosh yeshivah’s devoted disciple. “I never saw such a relationship of total devotion by a philanthropist and lay leader to a rosh yeshivah as that of Stephen Klein to Hagaon Rav Aharon Kotler,” said the well-known late Jewish communal leader Dr. Marvin Schick. “He followed Rav Aharon’s orders like a servant. He did not always agree with him, but he complied with his requests with all his heart and resources.”1 On numerous occasions, Klein joined Rav Kotler and other rabbinic leaders in Washington, DC, to intercede with government officials for the rescue of European Jews.

Klein, as a recently arrived refugee, demonstrated that even in America, economic success does not preclude commitment to Torah observance.

After the war, the Vaad Hatzalah expanded its activities to aid the she’erit hapleita, the survivors in DP camps. As chairman of the Vaad Hatzalah Immigration Committee, Klein was deeply concerned about the welfare of the survivors and their transfer out of Europe. In 1946, he traveled to Europe as an officer of the United Nations Relief and Rehabilitation Administration (UNRRA), leaving his family and business behind. During his six-month trip, he visited a number of DP camps and devoted significant time to arranging visas and documents for thousands of refugees. Aware of the importance of the survivors’ religious recovery, he helped establish kosher kitchens, schools and yeshivos, and distributed much-coveted religious books and ceremonial articles. In France, Klein helped establish five children’s homes, where orphans were cared for and educated.

When he returned to New York, his work didn’t stop. He was determined to raise awareness of the survivors’ dire situation and to assist as many survivors as possible.

A 1952 article in Commentary refers to an office in Klein’s company known as the “Office of Immigration,” which was dedicated to attending to the “various technical details for bringing over Jewish displaced persons from Europe.” The article states that [as of 1952], “some fifteen hundred persons have come to America through Klein’s aid.”2

“Stephen Klein had a way of listening to people . . . it did not matter how busy he was . . . and focusing only on you,” said Rabbi Joseph Baumol, founder of the Yeshiva of Crown Heights in Brooklyn. “When someone came to him with a problem, regardless of who it was, he would listen to every word and genuinely try to help.”3 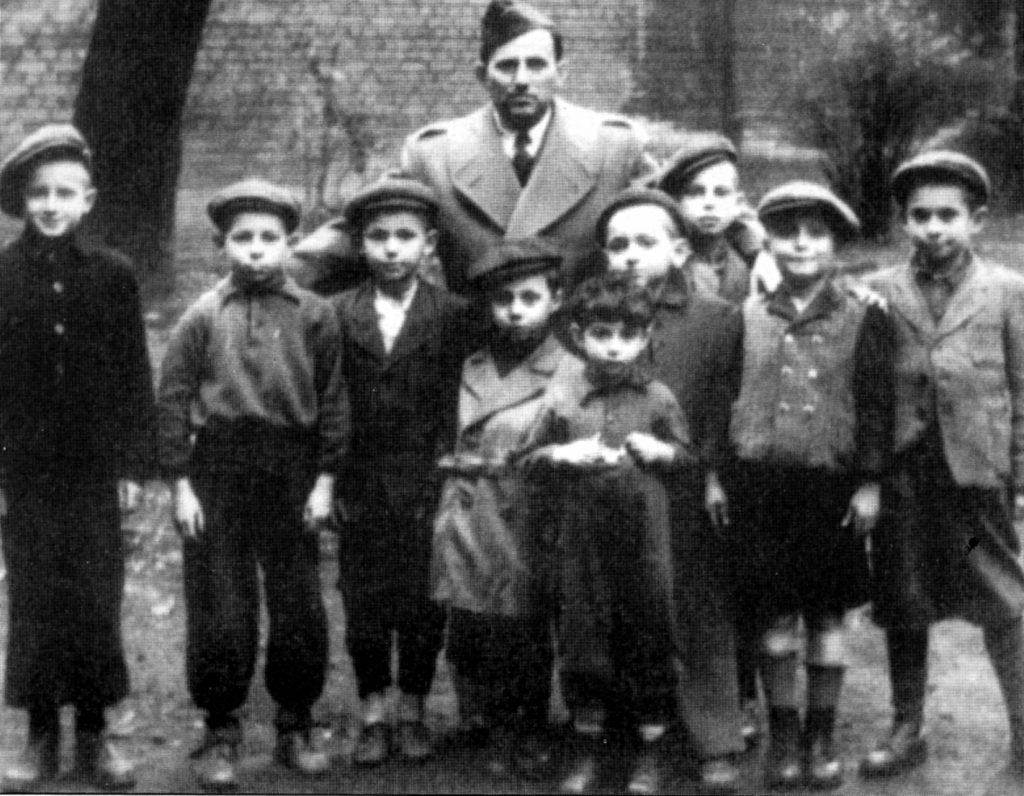 Stephen Klein pictured with group of children who were hidden during the Holocaust during his trip to Europe as an officer of the United Nations Relief and Rehabilitation Administration (UNRRA) in 1946. Photo courtesy of BMG Archives

Throughout his communal activities, Klein was involved in supporting Jewish education. Even in his business life, Klein, who was innovative and forward thinking, found ways to educate his Jewish consumers by including attractive and informative pamphlets about the upcoming Jewish holiday in his chocolate gift boxes. Klein was vice president of Torah Umesorah/the National Society for Hebrew Day Schools, and helped establish Yeshiva University High School for Girls. He became chairman of Chinuch Atzmai. Along with his generosity, his relentless efforts impacted tens of thousands of children in hundreds of Torah schools in Eretz Yisrael. Remarkably, due to Klein’s persistence, Chinuch Atzmai received support from various factions of American Orthodoxy.

And, of course, Klein provided significant financial support to help Rav Kotler, his revered rebbe, in the establishment of Beth Medrash Govoha in Lakewood, New Jersey. Shortly before his passing, Klein also aided the struggling Yeshiva R’tzahd in Brooklyn.

“We have become accustomed to thinking of a gadol only in terms of the great Torah scholar. Chazal define the gadol hador as being . . . anshei ma’asim v’tzaddikim—men of righteous deeds whose lives are representative of never-ceasing action in carrying forth the dictates of the gedolei haTorah of all times. In this sense of gadol hador . . . [Stephen Klein has] justly earned the title ‘gadol ish hama’aseh’ in the highest sense of the word.”

2. Morris Freedman, “From the American Scene: Orthodox Sweets for Heterodox New York,” May 1952.

Rochel Licht is a Holocaust educator in the New York metropolitan area.