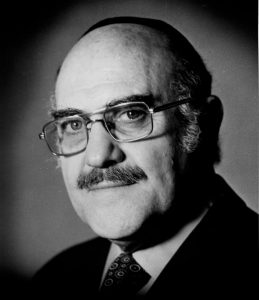 As long as Jews have lived in the Diaspora there have been prominent members of the Jewish community who have advocated for Jewish interests with those in positions of authority. The role of these shtadlanim, as they were known, was to intercede on behalf of their coreligionists with those in power—from local to national—in whatever country they may have lived, to insure that Jews be treated as fairly as possible. Throughout the centuries they had no legal standing; whatever successes they achieved came as a result of their personal powers of persuasion and their charismatic qualities. In modern times, as Jews were granted citizenship and equal rights, the importance of this position diminished but in a more limited form it continued to play a significant role in Jewish life.1

My late father, Rabbi Herschel Schacter z”l, was an internationally renowned rabbi and communal leader who played a leadership role in many aspects of twentieth-century Jewish life in America, Israel and throughout the world. He is the subject of a recently published book-length biography detailing his many involvements and contributions, among which were fearless, and often successful, intercessions on behalf of Jewish interests in various corridors of power.2 I want to choose one such example to relate here, one that particularly illustrates his determination and personality.

As long as Jews have lived in the Diaspora there have been prominent members of the Jewish community who have advocated for Jewish interests with those in positions of authority.

Shortly after completing his tenure as the first Orthodox chairman of the Conference of Presidents of Major American Jewish Organizations (1968-1970), the umbrella group representing most of the organized American Jewish community, my father was offered the chairmanship of the American Jewish Conference on Soviet Jewry, the organization charged with coordinating all American Jewish efforts on behalf of Jews in the Soviet Union. In December of that year, 1970, the Russians put on trial ten Jewish and two non-Jewish dissidents who were captured a few months earlier attempting to steal an empty Soviet plane at an airport near Leningrad to fly to freedom in neighboring Finland. The defendants included the well-known dissident Yosef Mendelevich, who received a fifteen-year jail sentence; two others, Mark Dymshits and Eduard Kuznetsov, were sentenced to death for committing “high treason.” On December 30, the Conference organized several protest rallies across the United States with particular focus on a one-day National Emergency Conference for Soviet Jewry held in Washington, DC. With the help of Max Fisher, a prominent donor to the Republican Party, an appointment was made with then Secretary of State William Rogers. At that meeting, attended by my father, Fischer, and William Wexler, head of B’nai B’rith, my father pressed Rogers to arrange for the group to meet with then President Richard M. Nixon. After some persistent words on his part, Rogers acquiesced and, in short order, the members of the group found themselves in the Oval Office.

I want to share what our family repeatedly heard from my father on many occasions as to what occurred during that meeting. As is evident in the picture, my father sat next to the president in chairs that faced the president’s desk on the opposite side of the room (not visible in the picture). He told the president about his experience liberating the Buchenwald Concentration Camp as an American military chaplain and how after the Holocaust the world Jewish community would not tolerate the murder of innocent Jews. Then, my father told us,

I turned to Nixon and, pointing to the red phone on the president’s desk opposite us, I said, “Mr. President. You see that phone? Just pick it up and tell the Kremlin that they cannot proceed with their plan.” Nixon told me that there is no way he could do that. The Russians would surely not respond favorably to anything he would say. After five minutes, I again pointed to the phone and said, “See, it’s right here. It’s very easy. Just pick it up and tell them that the American people protest this terrible injustice.” Once again he refused. Five minutes later I pointed to the phone again. This time the president said, “OK. I will do it. Trust me.”

At that point, after a conversation that lasted almost an hour, my father got up, thanked the president for his time and his commitment to act and walked out. 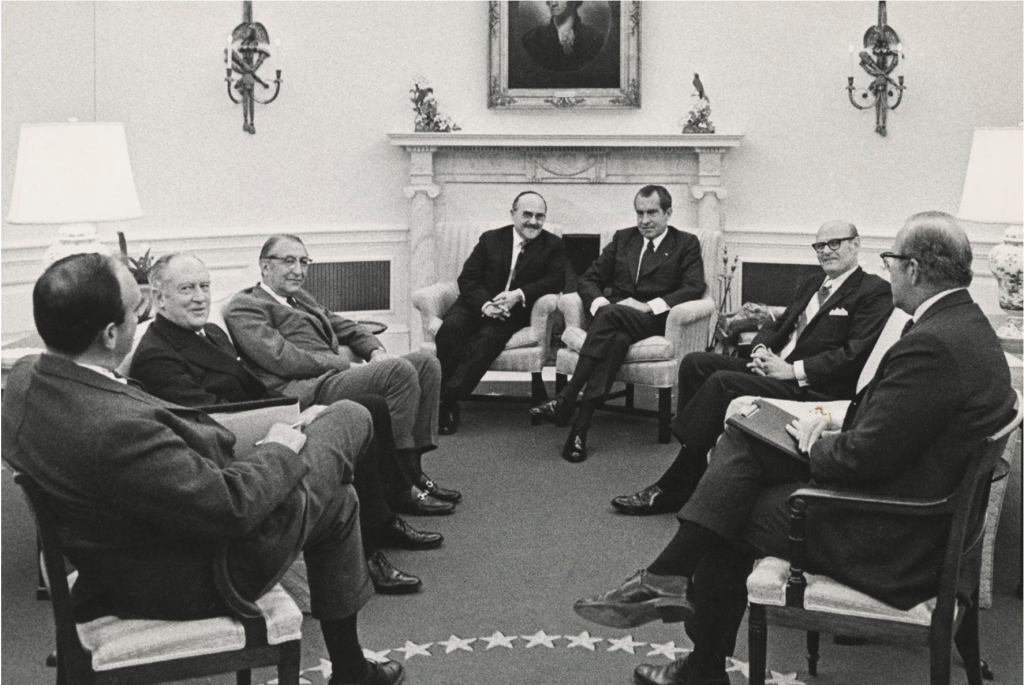 One or two nights later, my father concluded, the phone in my parents’ apartment rang in the middle of the night. My father answered and on the line was a reporter who called to tell him that he just got word that the sentences were commuted.3

Once again, with the force of his personality and conviction of his beliefs, this twentieth-century shtadlan proudly shared with us how he interceded with a powerful authority and saved Jewish lives.

2. See Rafael Medoff, The Rabbi of Buchenwald: The Life and Times of Herschel Schacter (New York, 2021).

3. There are a number of versions of what took place during and after that meeting. See Rafael Medoff, The Rabbi of Buchenwald, pp. 278-83. See also Yosef Mendelevich, Unbroken Spirit: A Heroic Story of Faith, Courage and Survival (Jerusalem; New York, 2021), 105-06.